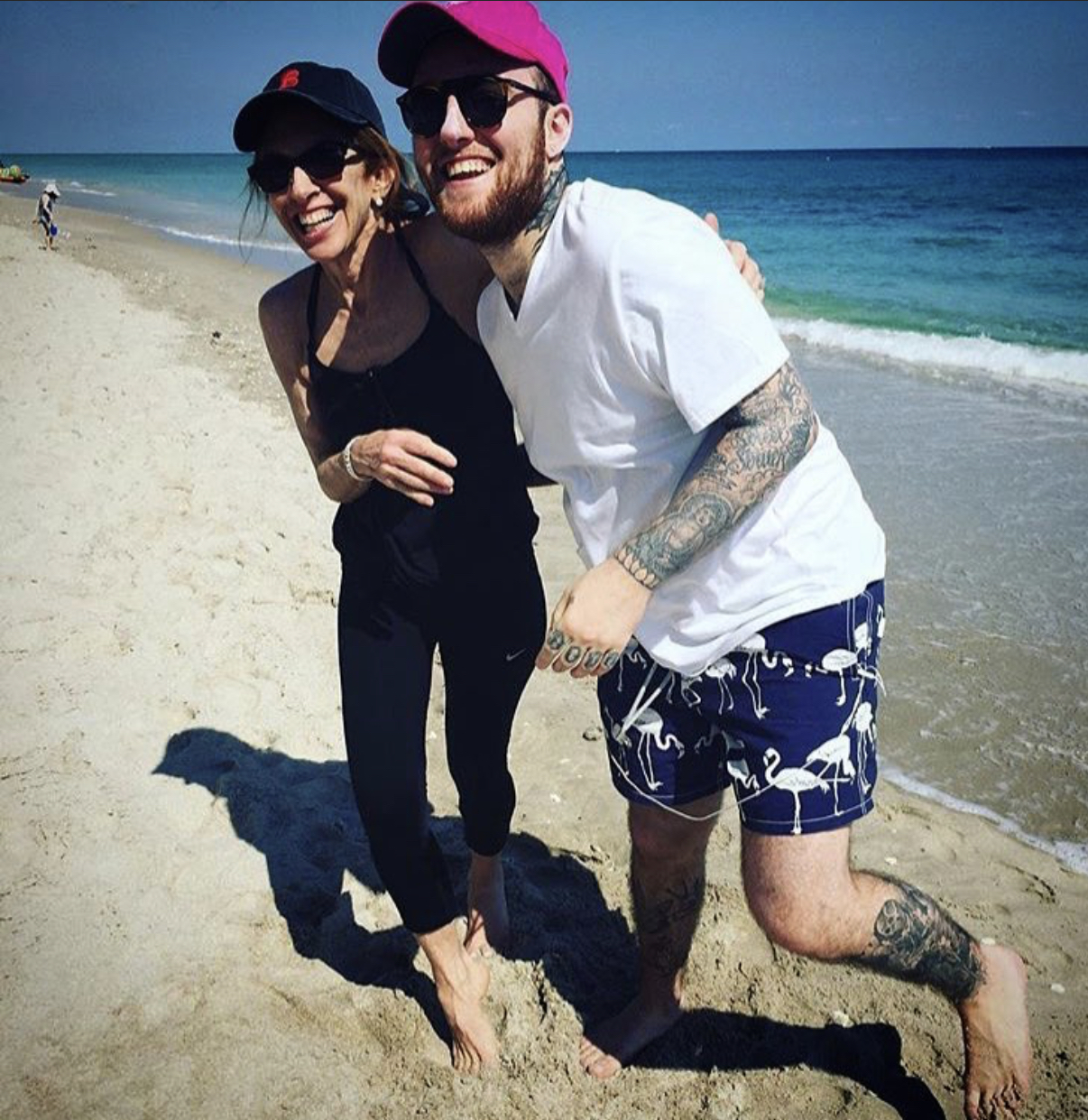 Four years after his death, his mother, Karen Myers, is still right in the middle of it all.

“I’m not uncomfortable. If somebody recognizes me, that’s fine. It’s nice to hear how much people love my son.”

However, just because she’s involved in his career, and is happy to meet fans, this is one of the only interviews she has ever agreed to being a part of.

Q: What was the first sign of talent you recognized from Malcolm as a kid?

A: “He always played (instruments). He could pick up an instrument and play. So I had him take piano lessons at six, and the piano teacher said when he got there he would do his own kind of rendition of classic piano songs. He would sort of improvise. He was just wildly creative and inventive with it. He had an amazing ear. In preschool he was the ‘pied piper.’ Everybody followed him. He was always dressing up in costumes and pretending to be a television announcer.  We always thought he would be on Jay Leno or something. He was always very comfortable in his skin.”

Q: Were you expecting his rise of fame or did it come as a surprise?

A: “No, it was not a surprise, because he was incredibly talented, charismatic, and determined. He really had his mind very focused, and he was very good at what he did. He was determined and he really had passion.”

Q: What was his first sign of success or public recognition?

A: “When he was about 13 or 14, there was a place that’s no longer in existence, called the Shadow Lounge in East Liberty. He was an extraordinary rapper and rhymer, and he always wrote. He was always a writer. English was always his best subject. He wrote poetry; He loved to write, which makes sense because he was always telling stories with his songs. I think he just went, and anybody could go, but it was very hard to be accepted because he was some white kid from the East End. Those were strikes against him, but when he got up on stage he just blew everybody away.”

Q: What is the backstory behind his stage name?

A: “Miller is a family name. My mother’s grandmother, they’re all Millers. So I named Miller, Miller, my oldest. And then Malcolm, his grandfather used to call him Mac, so that made sense. That’s how it came together.”

Q: How has Malcom’s success affected your family?

A: “Well, obviously his loss is devastating. But we had a great team that has been involved from the beginning, but maybe from 2015 when we sort of got rid of our first manager but his core group–like his attorney, who is a family member, is out in L.A. and everybody–we’re all here to keep Malcolm’s legacy going. There’s a lot that we’re doing for him.

Q: What is your favorite song of his?

A: “I love a lot of them. I don’t have a favorite. Of course I love the one he wrote for me. (“I’ll Be There”) That was really special and a surprise.”

Q: Did he have any favorite artists growing up or someone who he was influenced by?

A: “Sure, like Biggie and Tupac, you know a lot of old rappers. He just loved great musicians. He loved Erika Baduh. He was highly influenced by old school rappers. But then he kinda found his own voice, and you can’t categorize that.

That’s why when the Grammys came up, when he was nominated for the best rap album, you couldn’t say Swimming was a rap album. So he was in that category. He should have won of course, but Cardi B vs Malcolm–it’s like, you know, it’s just politics, the Grammys. And then for Circles not to be nominated for any category was just so– I’m not surprised. But his Swimming just went platinum if you noticed.”

Q: Has your privacy or your family’s been breached in any way?

A: “I had to take my phone number off of my website because people would definitely take liberties and try and call me a million times. I’ve blocked a million numbers. And people finding out where I live and coming by and wanting to meet me and stuff–I don’t dig that at all.”

Q: Has your career or your schedule altered in any way?

A: It was really handy having the career that I have because I was able to balance when they were little too, working and being a mom. And in the last 10 years, at least I was able to and Malcom and I were super close, always really extra connected. So he would involve me in a lot of decisions which is unusual I think for a 19, 20, 21, 22, 23, 24 ,25 [year old] but he wanted me to fly around the country and meet managers and so I would go all around the country to the big shows and it was so much fun. My career was fine because I would just really balance it around not shooting at certain times. And if I had to pass up something that was fine with me. But it was important for instance there are certain clients like the Shadyside Hospital foundation is one that I continue with now but other than that I deliberately am not interested in anything unless I really want to do something. So I’m fortunate that I don’t need to.”

Q: Do you think that if Macolm did not have the success that he did your life would be different?

A: “I wonder maybe I would’ve gotten divorced a long time ago. But I don’t know. I probably wouldn’t be traveling as much as I did. I think the traveling was all over the place with Malcom and I was in LA a lot because he was there and Miller was there so I probably wouldn’t have spent so much time in LA. That was definitely a result of his career. Who knows what he would’ve done, maybe he would have been a great attorney because he was a really great arguer. Who knows what would have happened. The good news was he did exactly what he wanted to do.”

Q: Do you think him being publicly politically active changed any of the opportunities that he got?

A: “He didn’t play the politics at all. He really could care less. He didn’t play the Grammy game. He didn’t ‘shumse’ people at all. He was always authentic. He didn’t like somebody because he was supposed to. He didn’t hangout because that would get him someplace. He is a completely authentic person. Completely. All of his friends are still always reaching out to me. I am so close with his musician friends, like really close which is great. Vince Staples is a very great friend of his. ScHoolboy and Syd, Sza, and Anderson Paak. These are all people that stay in touch.