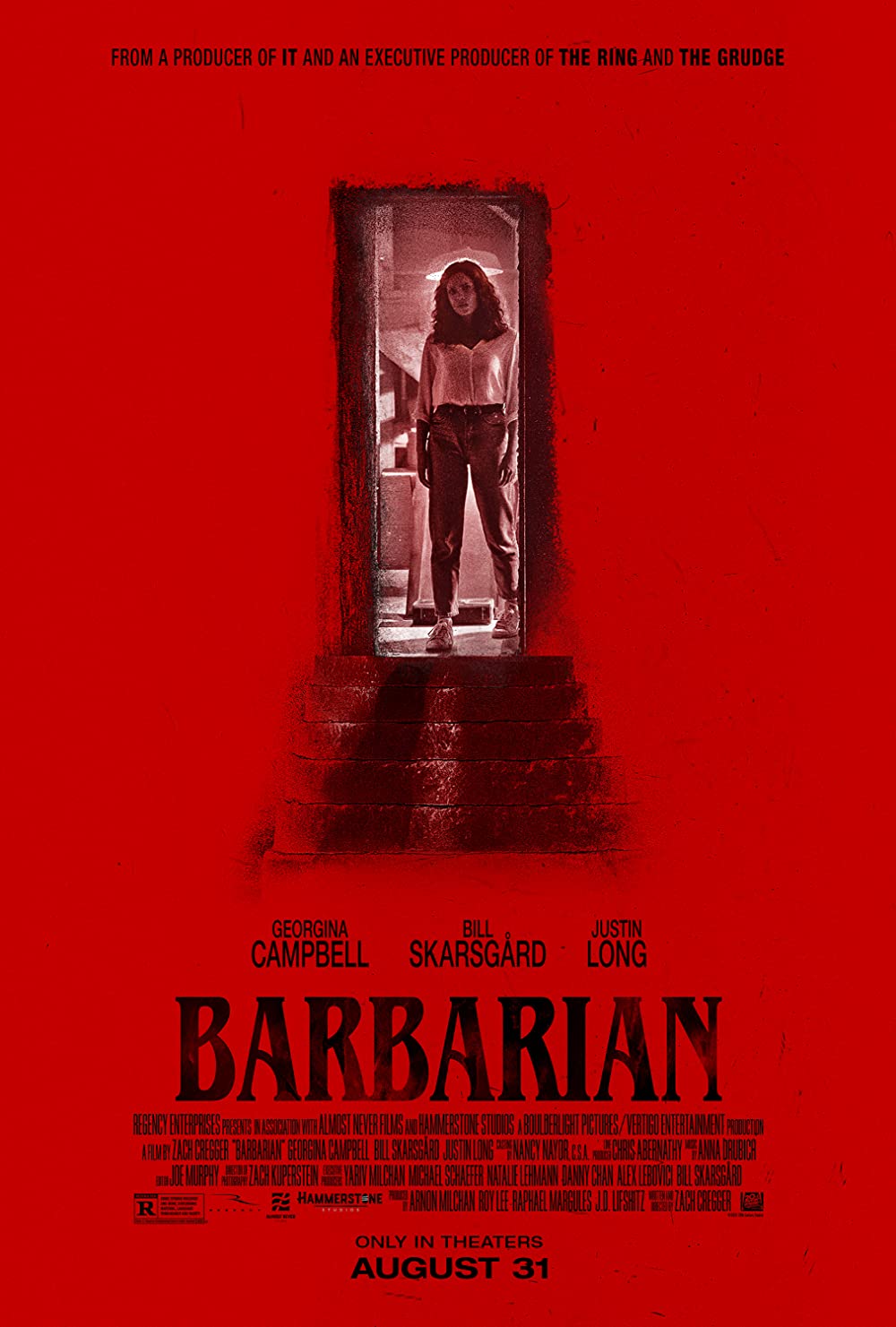 The trailer for the newly released movie Barbarian looks properly terrifying. Two people accidentally double book an Airbnb and end up staying the night together. The trailer started with happy music that slowly moves darker as the trailer revealed itself to be a horror movie.

We get to see some clips of people walking into a basement, getting the vibe that this pair isn’t in the house alone, and maybe the house they are staying in is inhabited by a serial killer.

This is, in some aspects, correct, but let’s talk about why the trailer was so misleading, and why the movie was pretty hard to take seriously.

While something does inhabit the basement, the antagonist of the story is less creepy and more comedic, which left room for plot holes.

The “monster” is a naked, inbred lady that lives in the basement and just wants a baby. This causes her to kidnap the guests and try to “mother” them as you would a newborn.

While a lot of the aspects in this movie are disturbing, disturbing doesn’t equal scary. This movie was extremely hyped up just to watch a naked lady run around trying to breastfeed people.

The backstory also did not make much sense on the scheme of things. The “monster” came to be because a serial killer used to live in the house and create babies in the basement. Those babies just kept having babies with each other, and somehow that gets us a 10-foot-tall monster that wants to be a mother?

Not saying that isn’t possible, but we just get no sense of a timeline. We also see this killer is ill, in bed, and dying while his inbred-baby-lady is locked in the basement. This means, realistically, no one fed either of the two for years. The whole movie would’ve worked better with a timeline and sense of background.

With all of that said, it was also just extremely hard to not laugh at a 10-feet-tall lady running around trying to breastfeed people. The trailer made the movie look extremely scary only for it to be disturbing with no actual horror.