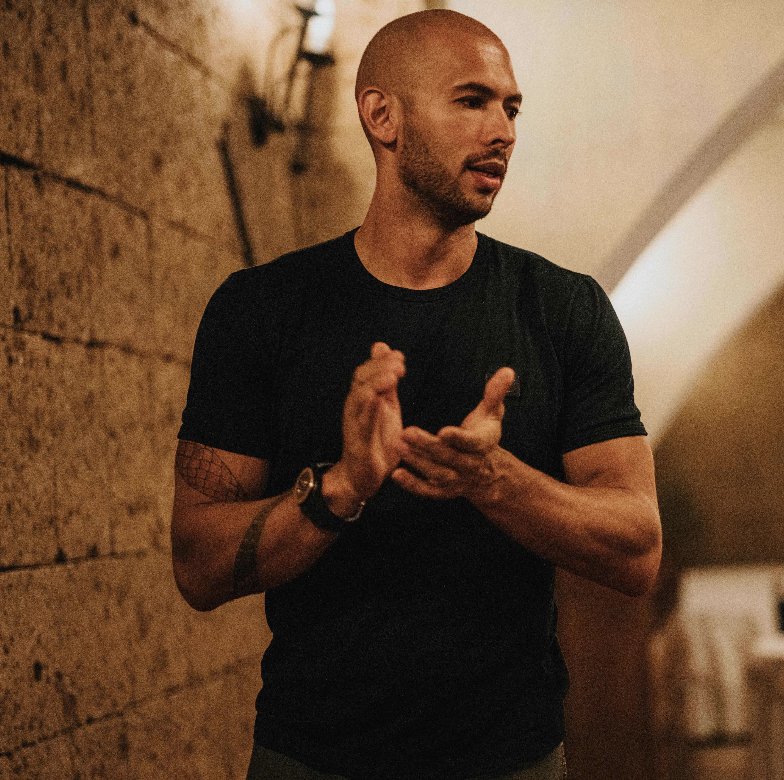 A photo from Andrew Tate’s “About” section from his website. (Andrew Tate)

A photo from Andrew Tate’s “About” section from his website.

Students speak out about the controversy surrounding Andrew Tate

Tate’s online following began in 2016 when he appeared on the British version of the reality TV show Big Brother. After less than a week, he was removed from the series when a video of him beating a woman with a belt emerged. Tate claimed the encounter was consensual.

Tate’s social media ban is the latest example of controversy over the de-platforming of creators. Lincoln Park students spoke up about their thoughts on Andrew Tate being banned on social platforms as well and the banning of celebrities and influencers in general.

Senior musical theater major Mehki Turner from Beaver Falls said, “ I believe that the ban was necessary for us to advance our society as a whole.”

He added: “ I believe canceling people is necessary in the long run. Although it’s controversial, we’re setting an example for what is right.”

Sabrina James, a junior health science major from Blackhawk, agrees with Turner. “I think that man should’ve been smarter. And how are u going to be racist and sexist in this day in age?”

Aaron Smith, a senior health science major from Rochester, added, “He does talk crazy about women. It takes a hard turn on him. It makes women feel bad.”

Andrew Tate recently moved his platform to an app called, Gettr. It’s described on its website as “A brand new social media platform founded on the principles of free speech, independent thought, and rejecting political censorship and ‘cancel culture.’”

Tate has already gained 90,000 followers on the platform. He posted a video on Gettr reacting to his banishment. He said, “I don’t feel very canceled. In fact, I feel like everything’s better than it’s ever been.”

Trinity Will, a sophomore health science major from Aliquippa, acknowledged that Tate will still have his following. She stated that influencers like Tate “think that everything is going to go their way.” She added, “Not everyone is going to agree with you just because you are famous.”

Senior health science major from Pittsburgh Mikey Crawford added, “Everyone has the freedom of speech, but as a celeb, you shouldn’t say outrageous things because they have power over people.”

Priest Worthy, a seventh grade writing and publishing major from Aliquippa, spoke on Tate’s fan base, “I think he just went to the most moldable audience he could go for and they blindly spit it back out.”

Malia Mobley, a seventh grade dance major from Beaver, agreed with Worthy. “I think it was the right thing to do because the things he’s putting in kids’ minds is making them think in ways they shouldn’t. Some things he said about how women should stay at home and men should do the work,” said Mobley.

Andrew Tate has stirred up a lot of attention with his videos and his banishment from social media. Some people even believe that Tate deserves harsher measures as a consequence.

Senior music major from Beaver Skyler Silver said, “He’s a weird ass dude. Like, I don’t get it. I never got it, some of the s*** he says about women. He can get slapped in the face for that s***. I’m not about that.”