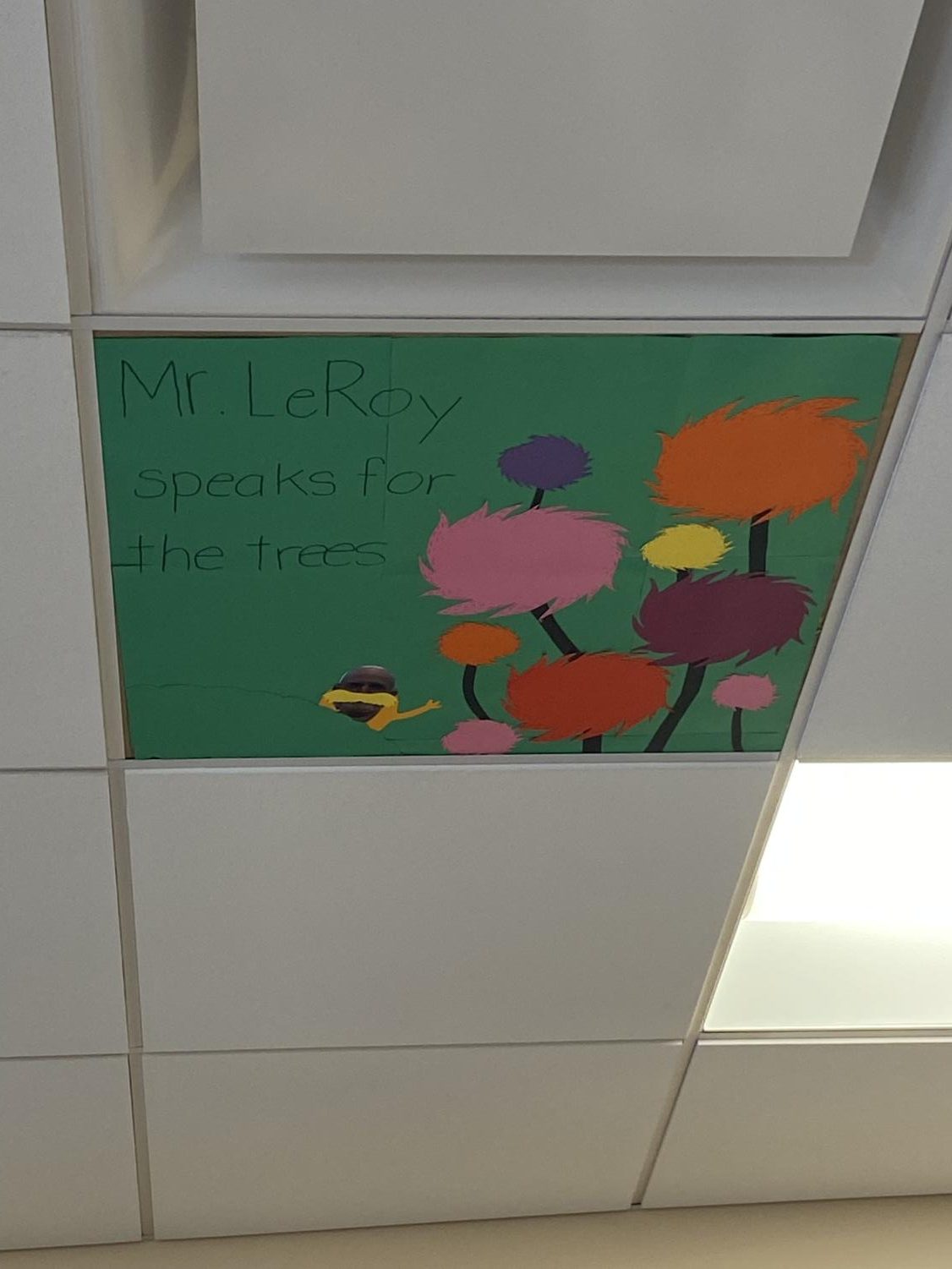 Every morning walking into Mr. LeRoy’s first block classroom, something in the classroom has been different for the past week. Someone has been decorating the ceiling tiles with paper and paint, but who?

While it is a mystery… I’m determined to reach the bottom of this.

Mrs. West has told me she’s sworn to secrecy.

One of the only people I know for certain is in the third block writing is sophomore Abbey Shepard. I decided to interview her immediately.

“I have no idea who’s been painting them,” she claimed. “I’m not a media major. I can’t paint.”

I was unconvinced. I returned to Mrs. West to ask her myself if it was Shepard. Upon asking this, Mrs. West responded to me, “what’s an Abbey Shepard?”

This only furthered my suspicion. Shepard swears she has nothing to do with the tiles, but she’ll let me know the information as she figures it out. Can she even be trusted though?

Can anyone be trusted? I don’t know who’s painting the tiles as of now, but I will not stop until I figure out! I must find and befriend this person immediately, so if you are them, please come forward and be my friend.

Also if you know the person… Please rat them out right now, because I’m nosy and want to know. As of right now this investigation remains a mystery to the writing department and the rest of the world.