Mental health can be a very serious and controversial topic to talk about for a lot of people. Some disorders or illnesses are commonly misunderstood because of the stereotypes or stigma around them.

One mental illness misunderstood, and arguably the most stereotyped, would be obsessive compulsive disorder. (OCD) It’s very common when people think of OCD for people to think of organization or perfectionism, when in reality that’s rarely the case. OCD can attack whatever the brain cares about: religion, culture, cleanliness or hygiene, morals, and so much more.

OCD obsessions are repetitive thoughts that one cannot control, and for a person with OCD the only way to calm your anxiety is to do a compulsion. This may include cleaning sometimes, which is why people commonly associate OCD with cleaning when that’s not really what it is.

An OCD thought may sound something like: “Wash your hands so you don’t get disease and die. If you don’t wash them every time you touch a doorknob you will get your whole family sick and they will die.”  It’s like a sort of

constant chain mail for people who have this disorder.

While OCD may not be what it seems, the media has seemed to believe it to be perfectionism. You may hear people claim they are OCD when they line up pencils or swear that their notes are giving them OCD. It’s not very uncommon to when you look up symptoms of OCD find a Buzzfeed Quiz, with a few questions about making your bed, that swears it can tell you if you have the disorder in five questions or less.

Quincy Sirko, a former Lincoln Park student from Monaca who’s now a freshman at Sewickley Academy, has been diagnosed with OCD and has shared her experience. “I was diagnosed in, I think, April of last year when I started going to therapy.” She continued, “I wasn’t eating right, I’d have panic attacks often, and I quit soccer and just stopped doing things.”  She explained that what drove her to therapy was her anxiety got so bad it was hard to function normally.

She thought many of her symptoms were normal things until diagnosed. “I would get physically nauseated when I would meet new large groups of people at, like, sporting events or first days of school.” She continued, “I overanalyze and overdo things to the point of exhaustion because I’m always thinking of what will happen if I don’t and the anxiety that follows.” Sirko was asked to describe what OCD was like and she said, “It’s like not being able to turn off your brain.”

Sirko ended therapy in the summer and has gotten a lot better since then. She was asked how she felt about all the self diagnosing that goes around and said that she doesn’t think it’s meant to be disrespectful, it’s just ignorance.

Mae Shiebel, a  sophomore media major from Butler, disagreed that self-diagnosing is ignorance. “Self diagnosing is really useful in a lot of cases. Getting diagnosed requires a lot of time and money.” Shiebel said he has never diagnosed himself with any disorders or illness because he feels uncomfortable doing so at the time, but in the future he would definitely like to be tested. He claims, “Mental health diagnoses should not be as expensive! Mental health is definitely as important as physical health. Getting officially diagnosed is a privilege.” 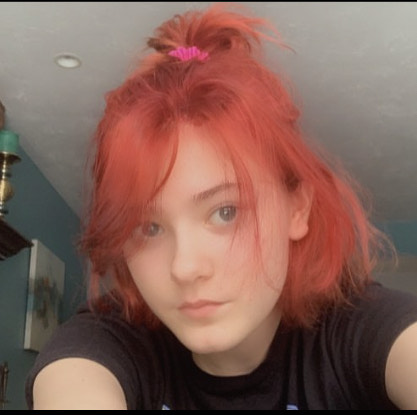 d some of her own mental health issues. “I have always been sort of a mystery when it comes to diagnoses, but I was diagnosed with anxiety and depression pretty early.” She agrees getting the right diagnoses can take a lot of time. Buechel does not have OCD but it does affect the daily life of her brother.

She explained some of her feelings on how many opinions about mental health matters there are, too. “I don’t speak for all, but sometimes it feels as if people who actually struggle with these illnesses are overshadowed by people who don’t have them.”

When it comes to self-diagnosing she claimed it’s all about research so you don’t add to the stigma. What she says about if she thinks self diagnosing helps or not is, “Just if you have the proper research, but I would recommend a diagnoses.”