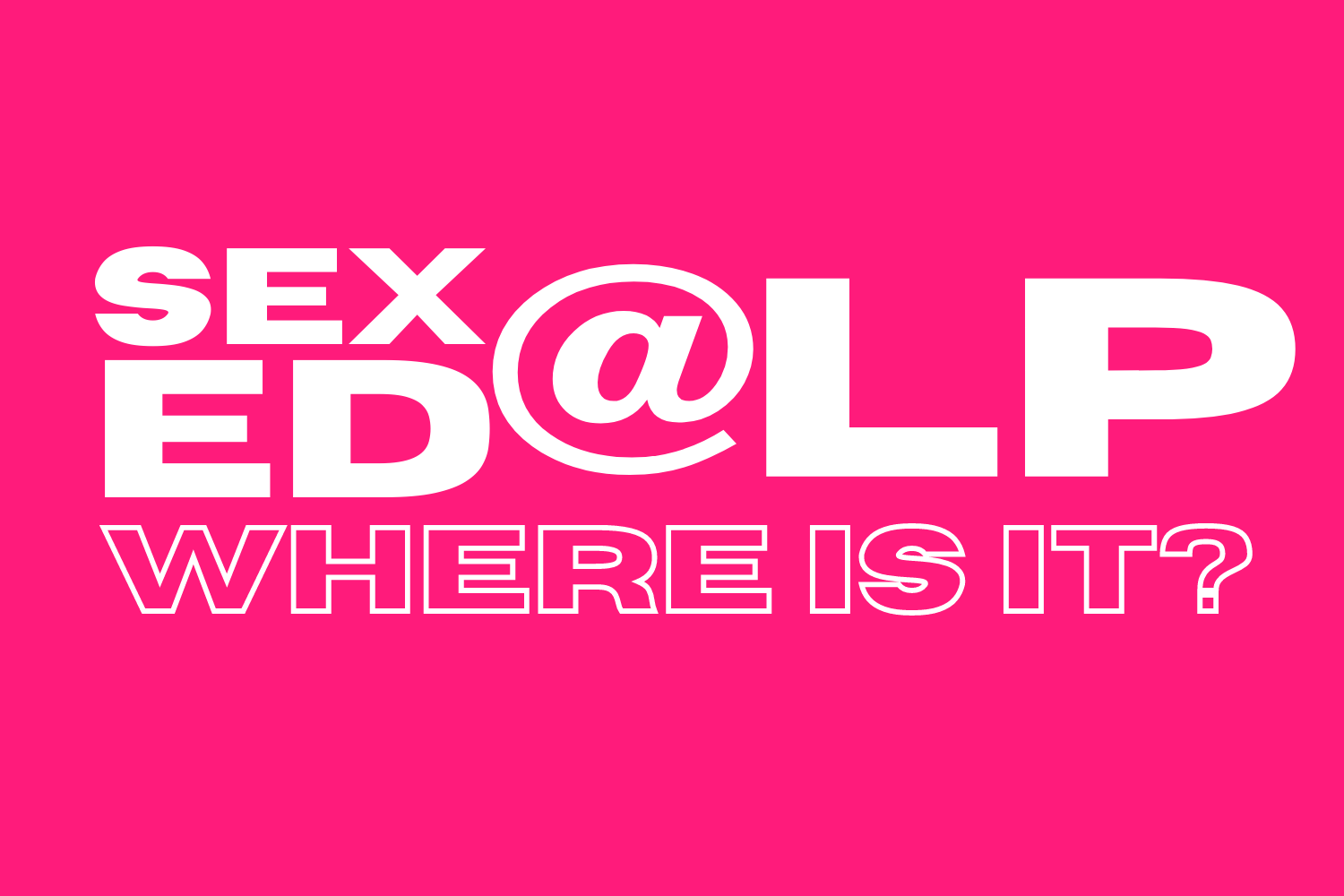 At Lincoln Park, we brag about the variety of classes we offer: forensics, Latin online, costume design, and many more. However, we do not offer sex education. With so many students from so many different backgrounds, is this a problem? Should we offer these classes?

“I think that people need to be educated about how their bodies function,” she says. “I feel like we need to make sure that people are educated to take care of themselves in the future and proceed in an informed way. And that’s my job.”

“There are a lot of changes that occur in growth, development, and maturity that happen between middle and high school,” says Miss Potts. “Students need to be aware of the potential consequences of their decisions/actions.”

Miss Potts also thinks sex ed is important because of Lincoln Park’s large LGBTQ+ population. “They need to be informed about the risks and realities of all sexual encounters.”

But how do Lincoln Park students feel about sex education?

“Since a lot of people are coming here at different times, it’s hard to say if they’ve had sex education at their prior school,” Bearer says, “so I think it should be something that we are asking students if they have had them before. We should make sure that we are offering it.”

Newly elected student council member Carter Mangus, applied on the premise that there be a sex education class for all students, including information on the LGBTQ+ community.

Principal Dr. Lindsay Rodgers explains that it isn’t that simple.

“As an administrator, sometimes there’s a no-win situation,” she says. “Preaching about safe sex might be something that certain parents definitely want to see happening. Often times those parents are also the ones who are educating their kids, and then the other end of the spectrum is people’s religion. You don’t want to offend any religions, if they have certain views on what is and is not appropriate.”

Dr. Rodgers also brings up the fact that Lincoln Park’s curriculum is a bit different than most schools. “Where [does] it fit? It’s already kind of a struggle to fit regular health and foreign languages while trying to get you guys as many arts as possible.”

However, Dr. Rodgers entertains the idea of a sex education course on Lincoln Interactive for students who are interested in learning such content.

While the standalone sex education idea might be difficult, there are certain ideas that go even further and push more conservative boundaries. Some students and faculty members believe Lincoln Park should offer contraceptives.

“I think [providing] condoms should be an option,” says Mrs. McKenzie. “It’s not like we’re providing birth control pills.”

Tessa DeJeet “definitely” agrees with this policy as well. “That’s a great thing to offer students, and it also makes students more aware of being safe.”

Not everyone agrees with this though. Nurse Statler, Courtney Bearer, and Miss Potts all think this policy goes too far.

“While I would like to say that promoting safety does not necessarily promote the action,” says Miss Potts, “I have a rough time saying that a high school should have contraceptives readily available for their students. It is important for students to be informed and safe, and that is a part of our job. But providing contraceptives crosses a bit of a line.”

Even the school nurse believes we shouldn’t provide contraceptives to our students, simply because, “it’s readily available in drug stores and grocery stores.”

Dr. Rodgers has first-hand experience with schools who provide contraceptives.

“I went to Penn State, and they had condoms in the bathrooms. It was part of a student outreach program. They were like, ‘Hey, if this is going to happen, let’s make sure we’re doing it safely.’ Which I appreciate, but you should’ve seen outrage at [a college level]. Doing it at a high school, especially if it’s merged with a middle school–passing out contraceptives–that’d be pretty rough.”

Our school operates differently than public schools, but is this something we should be concerned about? According to 74million.org, only 24 of our 50 states offer sex education classes. So the question really comes down to this: is this something our students want?

Email us or DM us:

View Comments (1)
About the Writer
CERESA MORSAINT, DIRECTOR OF SOCIAL MEDIA/MANAGING EDITOR OF THE SIREN
Ceresa Morsaint is a writer based in Pittsburgh, Pennsylvania, and is the Director of Social Media for the SIREN. She studies American Sign Language, and her articles revolve around witchcraft and environmental tips/updates. In her spare time, she enjoys baking and reading Frank McCourt novels with her cat, Burt.