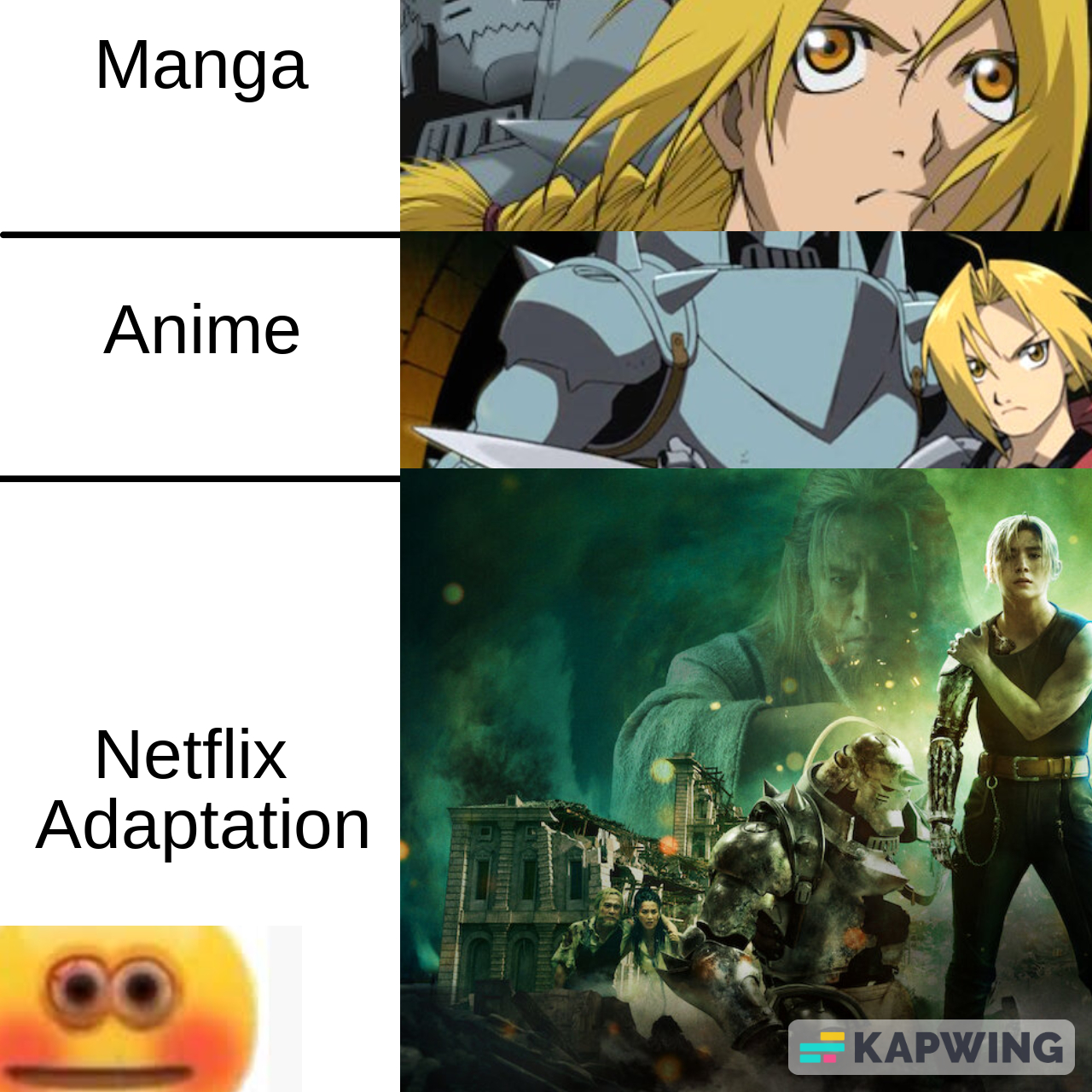 GOD! WHY DID I STOOP DOWN TO THE NETFLIX ADAPTATION

When you read this, I’ll probably be regretting my choice once more.

I have convinced myself into watching a live-action adaptation, but this is no Pinocchio. I decided to watch Fullmetal Alchemist: The Final Chapter- The Avenger Scar (FMA).

This movie was a direct copy of the anime and manga. There was nothing new to offer. No new adventures, no new characters, no nothing!

Also, this movie is the first part of a two part finale. There are two movies as a finale to a series with one movie before it. They released the two movies within a month of each other.

No, I did not watch the second part.

This movie is bad, yes, but there’s nothing inherently wrong with it. It’s just a bland retelling of a gripping story where live-action had nothing to offer it.

The original FMA was an excellent storyline and a gripping tale of death and life. There was a fight between religion and science. There’s war trauma and mythical monsters tearing the country apart. In the live action, there is that stuff, but it’s the exact same stuff.

I could complain more about this movie, but I really feel like I should just leave this movie to rot alone. It doesn’t need any limelight. I could compalin about the gross CGI or the bad dubbing, but I won’t.

Fullmetal Alchemist: The Final Chapter- The Avenger Scar is an average movie with nothing to offer. I highly suggest the anime and the manga, but you can just skip this when it comes up with the other FMA stuff on Netflix.