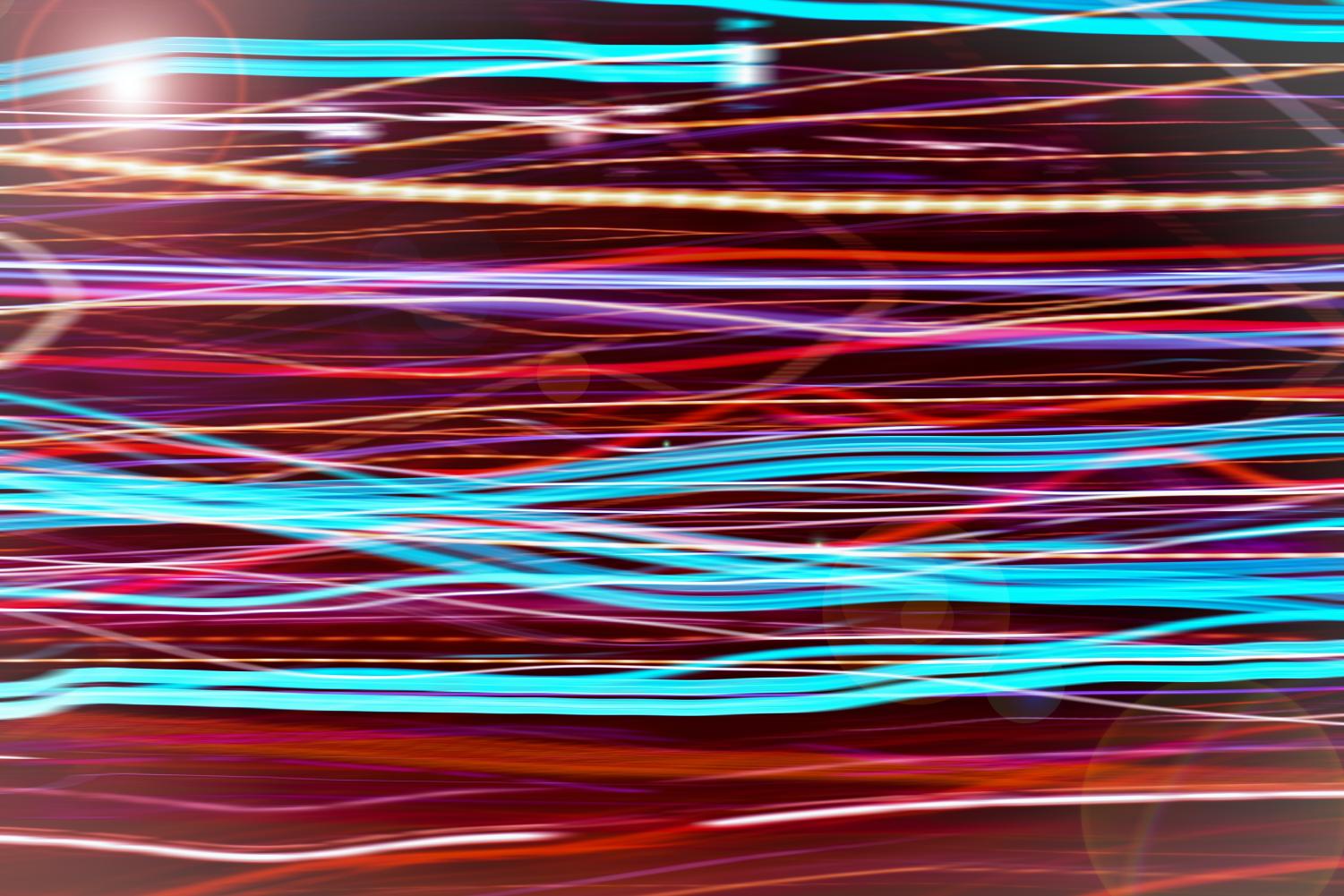 Streaks of light meant to simulate what light speed looks like. (Bofu Shaw)

Streaks of light meant to simulate what light speed looks like.

HYPER-SPEED, HYPERDRIVE, AND HYPERSPACE: WHAT’S POSSIBLE AND WHAT’S NOT?

If anyone has ever seen any kind of science fiction movie or show (namely the Star Wars franchise), you may have crossed paths with the idea of hyper-speed or the other names it may go by: hyperdrive or hyperspace.

Hyper-speed is essentially going really fast, typically through space-time and space in general, to get to a specific location that’s really far away. For example, in any Star Wars movie, the main characters may be on the run from the bad guys (let’s say Darth Vader) and need an escape and need it fast. Han Solo pulls the lever and all the characters are shot forward through a bluish haze of light.

In the movies, this is referred to as hyperspace, which is “an alternate dimension that could only be reached by traveling at or faster than the speed of light,” according to the Star Wars fan wiki.

The sci-fi version of hyper-speed isn’t super far off from the actual theory of it, especially considering a lot of this theory can probably be accredited to sci-fi itself.

Now, to fully understand these theories, you must first understand how our dimensions work. However, I don’t have the facility to explain it all, so I will link a video about it here titled 4th Dimension Explained by a High-School Student by xkcdHatGuy on YouTube.

With that out of the way, let me explain the theory and then we’ll figure out if its possible:

The hyperspace theory, according to an article in Quartz by Patrick Johnson, is the idea that more dimensions exist outside of the ones that we experience every day. It is the possibility that we can travel through those dimensions, making us faster than the speed of light and therefore able to reach our destinations faster.

Obviously, having this at our disposal would be amazing, but it’s not available yet if ever, and probably won’t be any time soon. Britannica refers to the speed of light as a sort of “cosmic speed limit,” meaning nothing can travel beyond it because of physical limitations. So, sorry to break it to you, but hyper-speed doesn’t seem like an option by today’s metrics.

Maybe someday, far off into the future, we will one day prove this theory true. Until then, though, there doesn’t seem to be any breakthroughs or movement in the science regarding this at all, so telling you to stay tuned would sort of be a waste of your time.