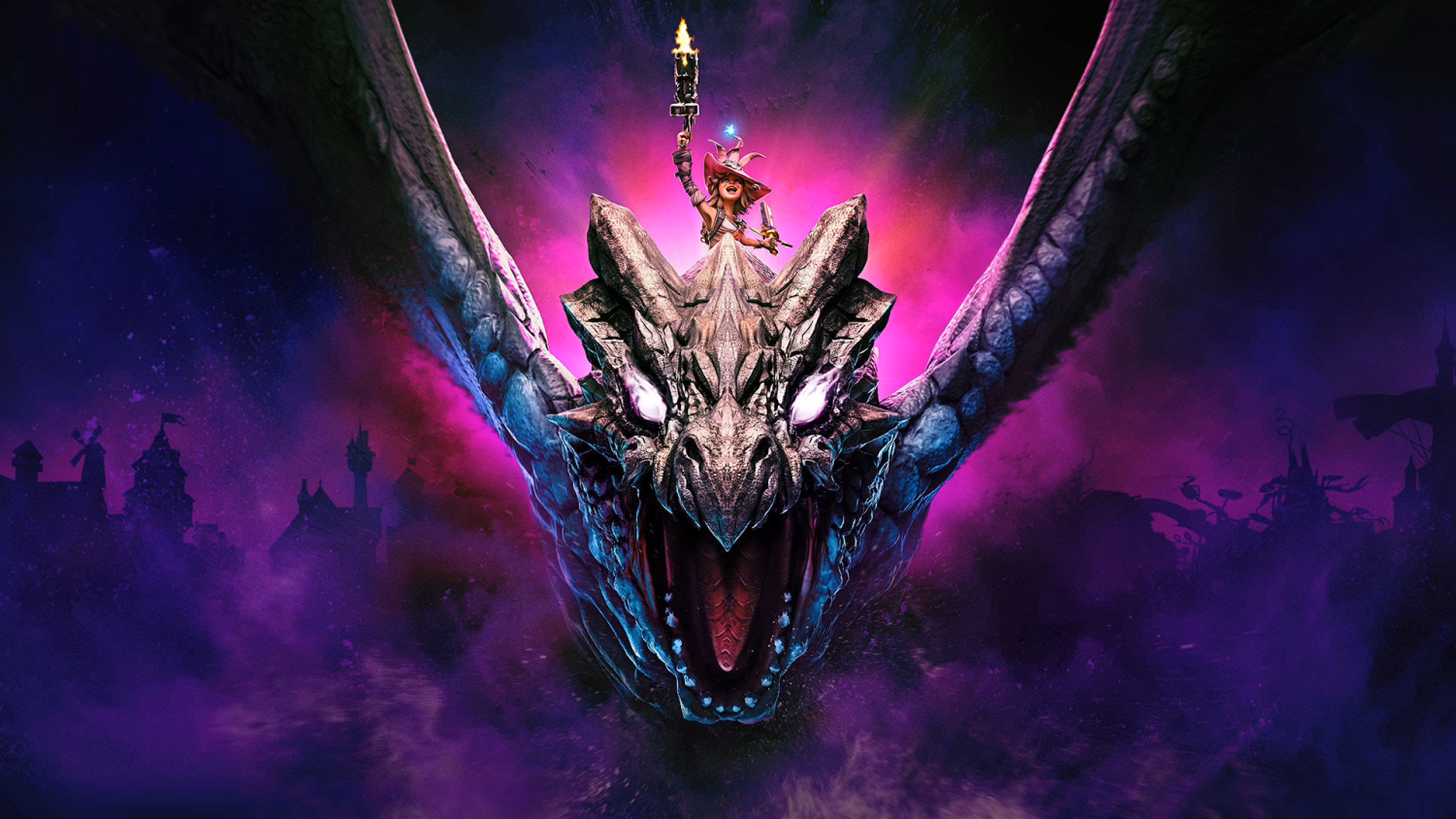 The game follows Tiny Tina playing a tabletop rpg game, known in game as “Bunkers and Badasses,” with 3 of her friends. These friends include Valentine and Frette, who are space bounty hunters that are suggested to have experience playing the game with Tina. The third friend is you, a newbie to Bunkers and Badasses, you play a customizable character known as The Fatemaker.

The game features a class system on top of your customizable character. Each class does slightly affect the physical appearance of your character, it changes the style of your character’s armor. The character customization is fantastic. There aren’t many at the start but you unlock more as you progress in the story, and you can change your appearance at any time after the first few story missions.

The character creator is also entirely gender neutral, having all options be the same regardless of body type. You can use a masculine body with a femine voice and vice versa. The game has you choose your character’s pronouns after you are finished, allowing you to pick from he/him, they/them, and she/her pronouns that NPCs will use when referring to your character.

Back to classes, there really isn’t a boring choice. Every class has multiple skills and powers available to you, which determines how you’ll end up approaching combat. As you level up you get skill points you can invest in skills on your class skill tree. You also get to multi-class after you complete a story goal. For my playthrough I chose the Spellshot as my main class, a glass cannon that can deal huge amounts of damage, but at the expense of your ward/shield not regenerating. It’s two abilities Polymorph and Ambihextrous were both incredibly fun to use. Polymorph turning non-boss enemies into weak flying “Skeep” that you can easily eliminate, and Ambihextrous allowing you to have two spells equipped instead of one.

The gunplay in this game never gets old either. I gladly and excitedly let it carry me all the way to the level cap, as I did as many side-quests and engaged in as much combat as I could. For the first few levels absolutely every piece of loot was exciting to me. As I progressed the loot slowly became less exciting, as it became less often that I found a  better weapon or spell.

The game also featured an overworld area, which you would use to move between the different story areas, and also hid many smaller dungeons with anywhere from 1-4 combat arenas for you to fight through. Many of these dungeons reward you with “Shrine Pieces” that you would use to fill out shrines to various deities that dot the overworld. Each complete shrine gives you a bonus perk from a faster overworld walking speed to increased crit rate to a 25 percent boost to your luck stat.

The Story Areas are were the main quests and side quests are kept, small open worlds filled with enemies, loot, and quests. Side Quests referenced other fantasy works as often as they could in fun and often hilarious ways, my favorite being when you helped a group of small creatures called the Murphs defeat the Evil Wizard Garglesnot, who had made a zombie-like virus turning Murphs blue and sending them into a rage.

The writing and tone of the game’s main and side quests were constantly hilarious and fun. With the main quest of course occasionally dipping into a more serious tone. There wasn’t a single quest I found myself actively disliking, and the side-quests absolutely stole my attention away from the main quest on numerous occasions. Also making sure to include tons of jokes relevant to both experienced and new players of Tabletop RPGs.

In the end I can safely recommend Tiny Tina’s Wonderlands to anyone who loves both video games and Tabletop rpgs. This game is easily a 10/10 experience for me, and I’m absolutely sure you’ll end up loving it too. If you have the money you’re looking to drop on a new game this should be your pick. Enter the Wonderlands, and always remember that “Fate is what brings us together.”