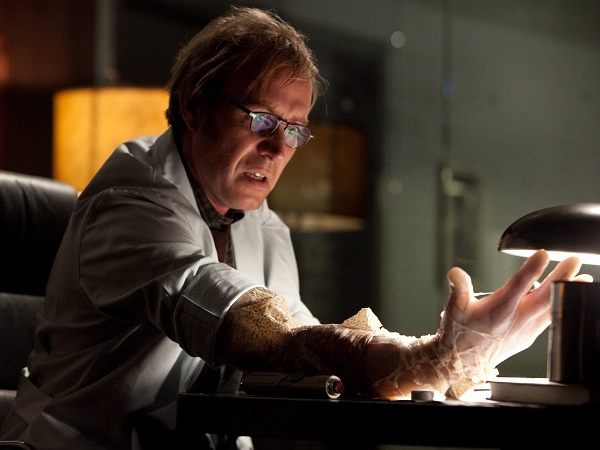 WHY YOU’D BE BETTER OFF AS A LIZARD

Dr. Conners is a genius, inventor, and villain from The Amazing Spider Man. His main motive was to cure disease and disability.  He imagines a world where all is equal and able to heal themselves in ways they could never imagine.

He had a perfect plan for a perfect world, but how would he accomplish this? Simple answer: turning people into giant lizards. He would cross the lizard DNA with human DNA and insert it into humans- beginning with himself.

At the end of the movie, his plans got foiled by Peter Parker, and the human race is returned to normal.

My question is: what was wrong with this man’s plan? Lizards are very cool, and any person should be honored to be turned to such. Especially Gwen Stacy. I bet she’d like to be a lizard right now, but instead she’s just dead.

At the end of The Amazing Spider Man 2, Gwen Stacy undergoes some unfortunate back cracking at the hands of her unprofessional chiropractor, Harry Osborn.

This absolutely would not have happened should both of them be reptiles.  A broken back would not have stopped Gwen from the grind, being able to repair herself, falling from the clock tower would have been nothing to Lizard Gwen.

Harry would also have no reason to enter his villain era. His motives for killing Gwen was because of his anger for Peter. Harry lay on his deathbed begging for Spider Man’s blood just to be told no.

When learning Spider Man’s identity he knew his childhood best friend must pay for not saving his life, but Harry would have never needed saving if he were a lizard. He would have been able to restore himself from his Retroviral Hypodysplasia. (the rare genetic disease he suffered in the Spider Man Universe) He couldn’t, though, because he wasn’t a lizard. Had he been a lizard, everyone’s favorite Spidey girlfriend would be alive and thriving.