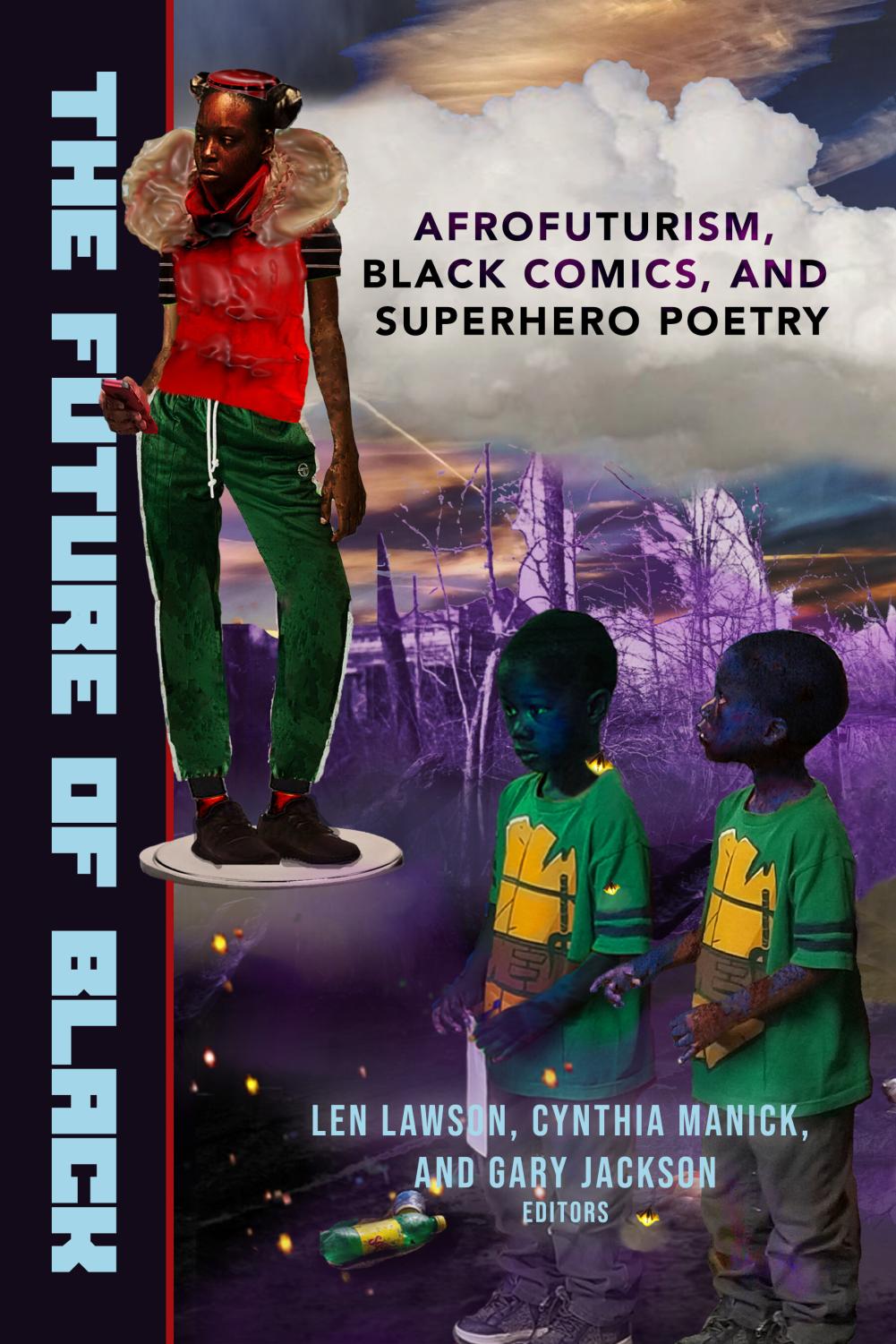 THE COLOR OF THE FUTURE

WRITERS OF COLOR DISCUSS THE SECOND WAVE OF AFROFUTURISM

(PHILADELPHIA) In the future, we’ll be seeing a lot more Black superheroes, Black protagonists in comic books, and Black leading roles in films.

In other words, Afrofuturism is the future.

That was the consensus of a panel of experts who gathered for The Future of Black: The Advent of 21st-Century Second-Wave Afrofuturism Poetry. This panel discussion at the AWP Conference and Bookfair focused on the impact of this second wave of Afrofuturism in poetry as well as comics.

Some of the panelists were featured in a new poetry anthology called The Future of Black: Afrofuturism, Black Comics, and Superhero Poetry. This anthology features verse from well-known Black poets like former CMU and Pitt professor Terrance Hayes, Lucille Clifton, a musician and author Gil Scott-Heron.

”This anthology came from the desire to infuse Afrofuturism, Black comics, and poetry into the conversation already occupied by film and music,” said panelist and moderator Len Lawson.

He adds, “The objective was also too unlock conversations involving the African diaspora in spaces of science fiction, technology, and the future generations of blackness in comics, film, music, and literature.”

Lawson and his fellow panelists went over how seeing people of color–specifically Black people– in the state of the future or comics in general, creates an impact in the second wave of Afrofuturism.

Cynthia Manick, the author of Blue Hallelujahs and founder of the quarterly reading series Soul Sister Revue. commented, “The main goal of this anthology is to make sure that this tradition survives.”

Teri Ellen Cross Davis talked about how in films, especially in superhero movies, Black people are not portrayed by being a hero. She asked, “Is Superman saving everyone, or just certain people?”

Len Lawson discusses the importance of having Black people being shown in science fiction and fantasy  roles.

“Out of this comes this movement we want to elevate and see ourselves in future spaces,“ Lawson said, “or see ourselves supernaturally as Black people.”