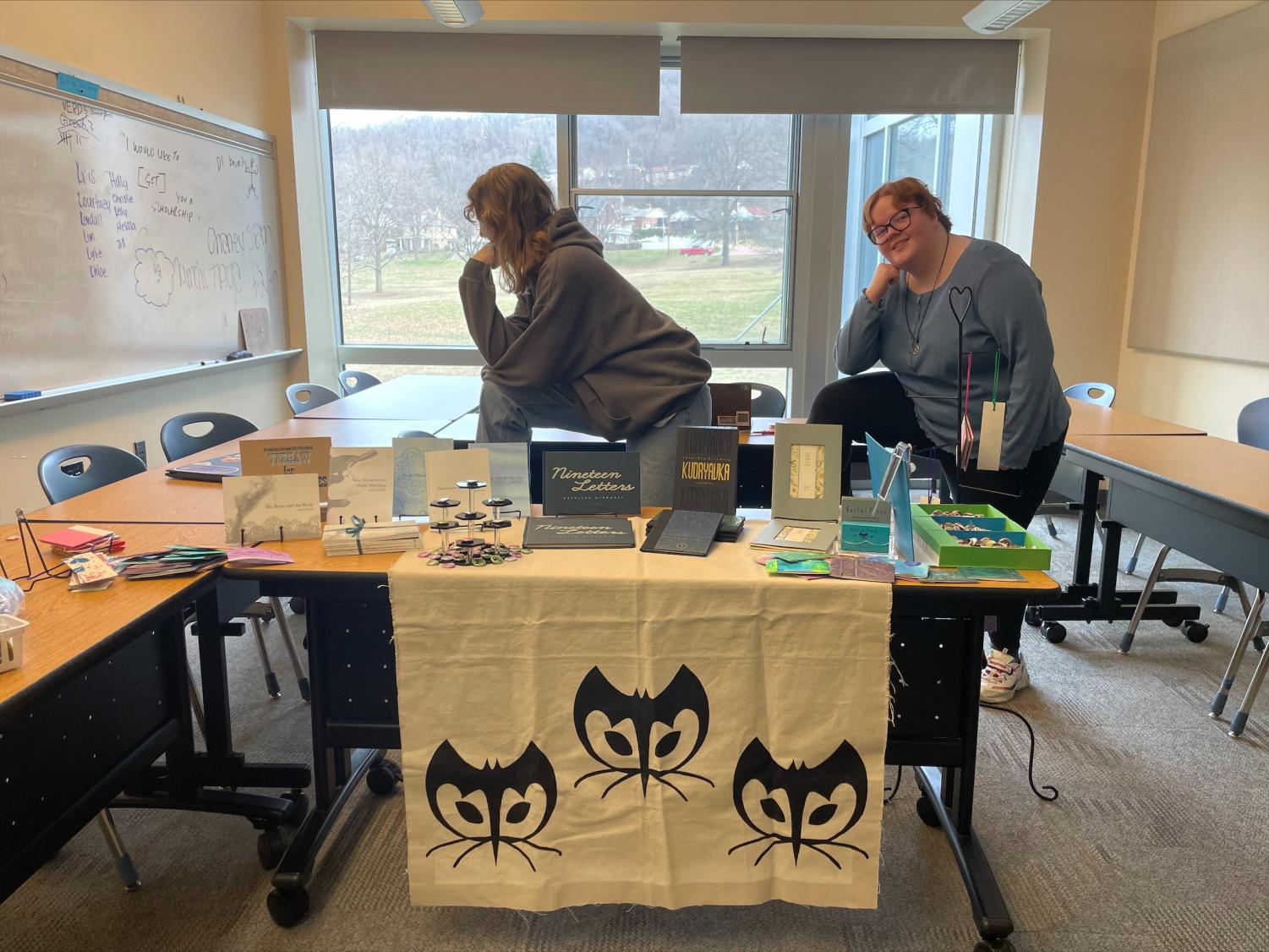 BatCat Press and The SIREN Newspaper Are Attending the Largest Literary Conference in the Country, AWP

Lincoln Park’s press, Bat Cat Press, the only high school student-run press in the country, is going to the largest literary conference in North America later this week, AWP.

One of the handmade books the press will be selling at AWP is Cosmodog, by the British author Craig Barker.

Lydia Young, a sophomore writing and publishing major from Hopewell, has spent a lot of this semester working on Cosomdog.

“We’re trying to push Cosmodog. It is a poetry collection of four books, and each book represents a different part of the ‘going to space’ process,” Young says. “Book one represents ground zero, book two represents the preparation, book three represents the ascent, and book four represents the flight.

“It goes through the dog, Lika, which Russia sent to space as the first life form to go into space,” Young adds. “And it follows the journey and relates to a failed relationship that the author has gone through throughout the books.”

A description of the AWP Conference and Bookfair from the organization’s website: awpwriter.org, states that:

“AWP, or Association of Writers and Writing Programs, is the annual destination for writers, teachers, students, editors, and publishers of contemporary creative writing. It includes thousands of attendees, hundreds of events and book fair exhibitors, and four days of essential literary conversation and celebration.””

AWP’s conference location changes every year. In the past, students on BatCat Press have traveled to various places, including Minneapolis, Minn. (2015), Los Angeles, Cal. (2016), and Washington D.C. (2017). This year AWP will be held in Philadelphia.

BatCat Press has been attending AWP for eleven consecutive years. Due to the COVID-19 Pandemic, Bat Cat press has not participated in this conference together as a press since 2019. However, a few students visited on their own in 2020 in San Antonio.

This year, for the first time, students from The SIREN staff will also be attending AWP to do live reporting from the Conference and Bookfair. A total of 16 writing and publishing majors will be visiting the conference between March 23rd and 26th.

Students representing BatCat Press, who will be working at the press’s Bookfair table, spoke about what they were selling at the conference and how they have been preparing throughout the year.

He states, “We’re packing stuff and making signs that say all the prices, and we have a lot of boxes packed up of all the publications that we have. I’ve been making handmade journals,s and mostly everyone has been working on Cosmo Dog. We’re also reading all the books that we’re selling so that we are familiar with them to sell them to people because as well as these years’ publications, we have the reprints project, which are reprints of publications we did in the past.”

Ryn Dew, junior writing and publishing major from Volant, says, “We’re selling the handmade books that we publish ourselves. We’re also selling pins and journals that you can write in if you buy them, and we’re also giving away pronoun pins and bookmarks!

“We’re currently packing and figuring out which books we want to be seen,” she adds,  “or which one looks the prettiest.”