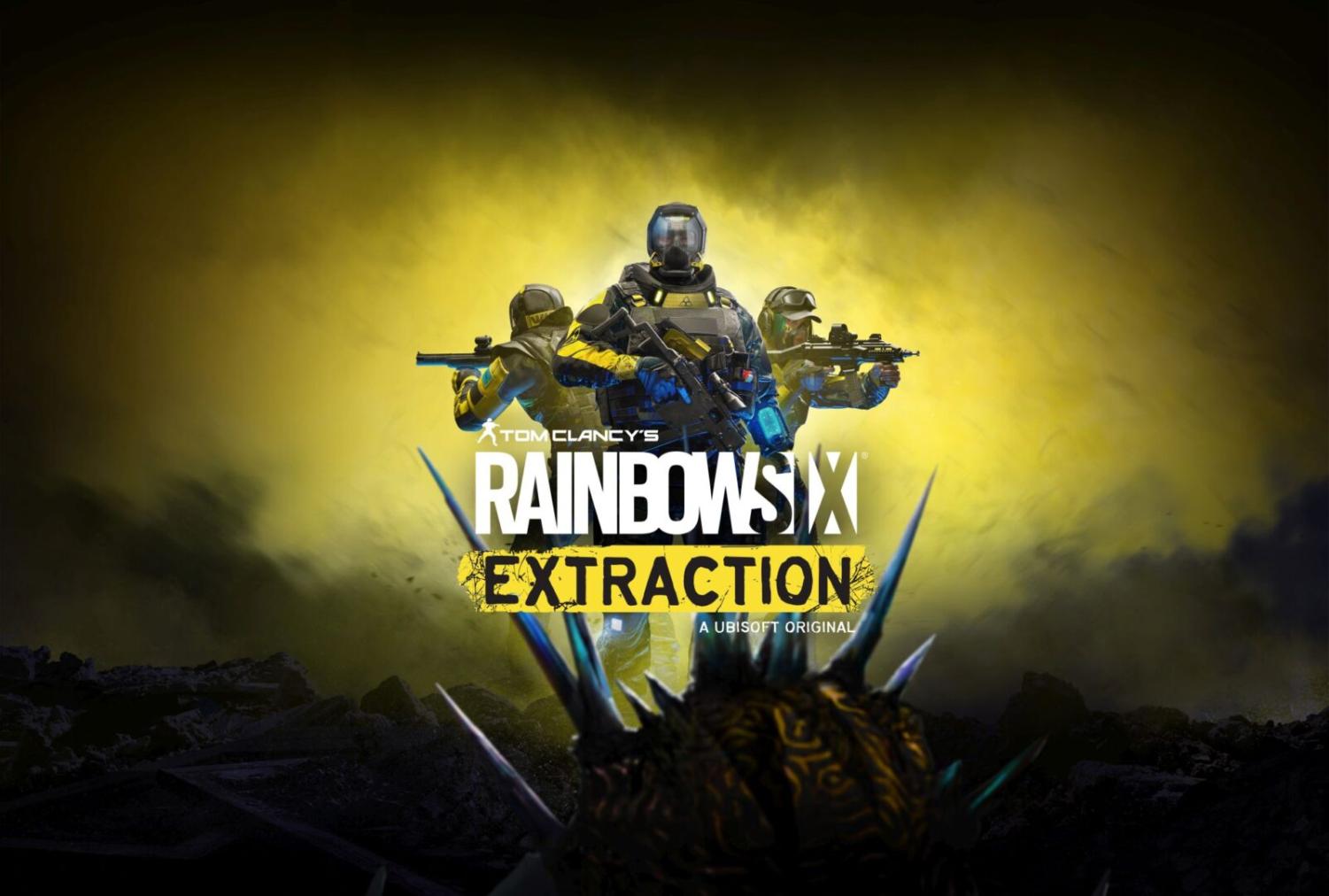 The franchise is a series of Tactical First Person Shooters (t-fps). These games put the player in the role of a member of an International Counter-Terrorist strike force called Rainbow. In these games you aren’t a super soldier like you are in many other fps games, you are for all intents and purposes just some random soldier, who can die in just a few hits.

Rainbow Six: Extraction is no different from the rest of the franchise in this regard. It’s a realistic t-fps. Today, I’ll be taking a look at the latest entry in this series. This review will cover how game-play feels, story, graphics, and map design of the game.

The Game’s gunplay is extremely solid. It’s fun to use and easy to learn. A feature that I personally haven’t seen in many other tfps/fps games, is the ability to tilt your gun around corners, and shoot your enemies without coming out of cover. This is useful for staying hidden and taking enemies out from a far.

Your enemies, in this case, are called Archeaens. They’re an alien species, hostile to humans. The game greatly encourages you to use stealth to defeat/avoid enemies rather than engaging in a fire fight. Your health cannot regenerate during a mission, and you can only take a few hits.

However Stealth in this case is extremely slow, and not very fun. Stealth mechanics don’t extend far above being able to hide behind objects so your enemies don’t see you. The stealth takedowns you can perform on Archaeans are fun to watch, but not fun to get into a position where you can perform them, and extremely difficult.

The game has you and 2 other players taking on missions, extractions. You each play as a different playable character, an operator. During an extraction each Operator has their own ability, but they’re rather plain and not very exciting. Of the 9 operators you start with only 3 have abilities that stuck out to me. One Operator who can smash down certain walls and create new pathways for your teammates, One with the ability to boost health with a small pistol like gun, and another with a heartbeat detector that allows you to stop your enemies and teammates through walls.

When your health is boosted, the boost is temporary. It works as extra health but even if you don’t get hit, this extra health slowly goes down. When you finish an Extraction with a low amount of health the Operator you used will be unavailable to use in your next extraction. If your operator dies, and isn’t taken to what’s called an Extraction Pod by a team. You will have to complete a rescue mission before you can use them again. Something that can be frustrating if your teammates simply choose to abandon you

The inability to regenerate health isn’t refined to just extractions. You operators will not regain their health outside of operations either. In order to heal your operators you must complete extractions. All your operators will regain more health the better you perform.This system is also a bit frustrating. It encourages you to use more than one character, however it can take potentially several missions to fully heal an Operator.

This is especially frustrating due to how long extractions can be depending on your objective. Most extraction objectives are pointed out on the map for you, and can be tricky to find a lot of the time, as it’s easy to get lost in the maps.

Maps are often tight close interior spaces. There are of course open-spaces but you will often find yourself in small interior spaces. These spaces feel like they were formerly lived in. However they can often be confusing to navigate, and occasionally multiple areas can feel the same.

Graphically this game looks really realistic. The lighting system is perfect at creating areas that are both dark but where you can still see. There is some really cool scenery made with the weird alien structures that the Archeaens seem to create/come from

The story of this game takes place in an alternate reality from the main games. An Alien called The Parasite landed on Earth. This Parasite is where the Archeaens come from. The story is rather bare bones; you are studying The Parasite and it’s Archeaens. The story isn’t a heavy focus due to the nature of this game. The story that is there is more than enough to do its job, but is in no way exceptional.

Overall, I can comfortably give this game a 5 out of ten. There were many moments in my game play that I enjoyed, but they were far apart separated by a bunch of cautious sneaking and stealth. I personally cannot see myself playing much more of this game in the future. However, this game is available to Xbox Game Pass Members for no additional cost, so if you happen to have a Gamepass membership I recommend you try it for yourself and see if you enjoy it more than I did, but I can’t confidently say this game is worth paying it’s full price for.