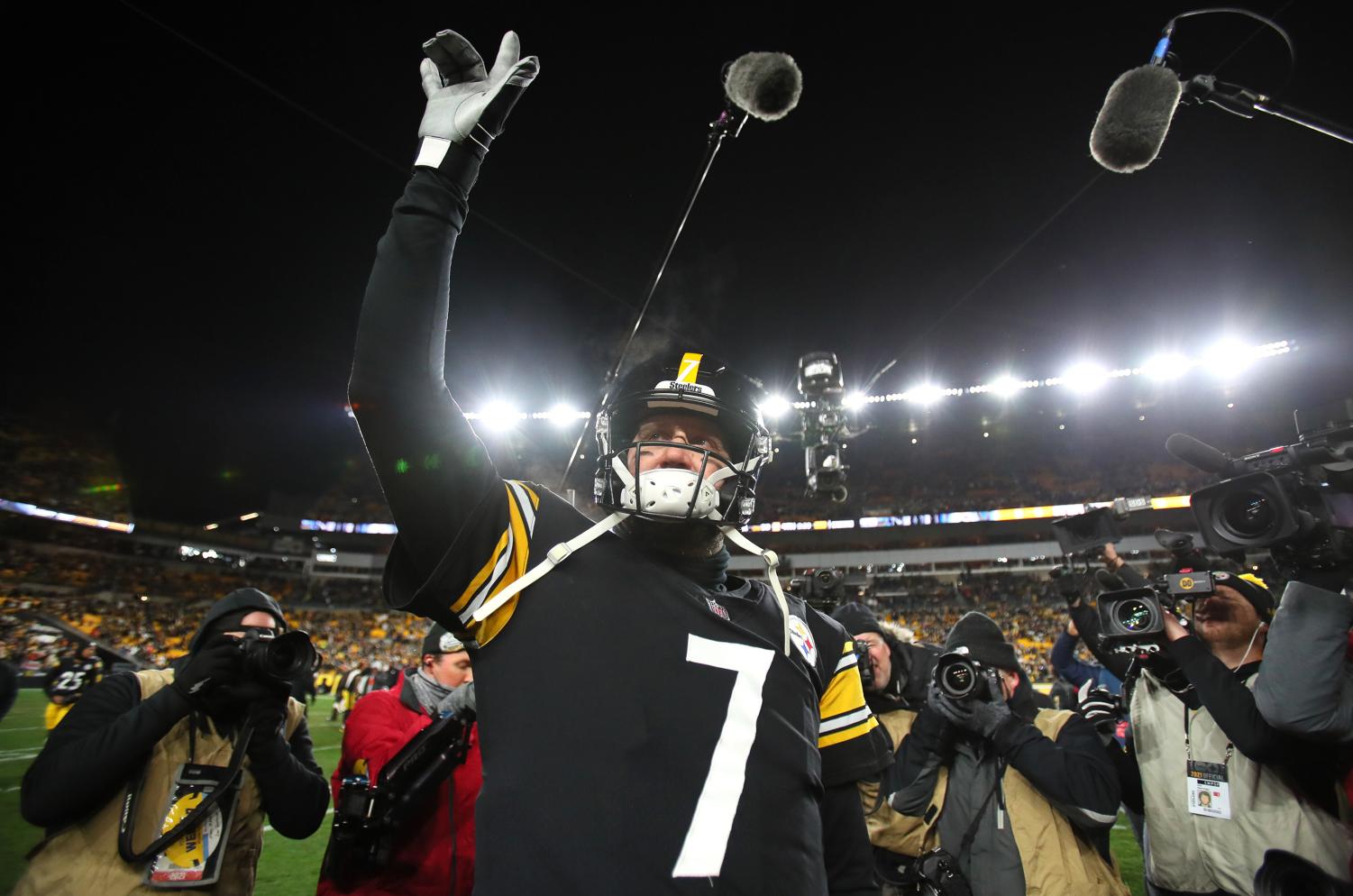 THE END OF BEN

After 18 years of professional football, Steelers quarterback Ben Roethisberger has made a name for himself. He’s spent his entire career with the Steelers after graduating from Miami University. Nearly two decades later, he finally is leaning towards retirement at the age of 39. Roethisberger has done a lot for this team and for himself- two Superbowl wins, thrown a whopping 63,844 yards, made 417 touchdowns, was selected to play in 6 Pro Bowls, won Offensive Rookie of the Year award, and 2 championships, according to StatMuse. Though he has been getting a lot of backlash these past few seasons, everyone seems to be sad to see him go. After all, he is the player people associate with the Steelers. For as long as I’ve been alive, he’s been the player on the TV every Sunday. I know I’m not alone when I associate Big Ben with my childhood.

Alongside this wave of nostalgia, there is a wave of something rather unnerving. The further you look into Roethisbergers past, the sketchier it seems. Roethisberger has faced two main sexual assault allegations, though there may be more that have gone unreported or simply just swept under the rug. The first allegation was in 2009 from hotel employee, Andrea McNulty. She claimed that the assault happened in 2008 after he had asked her to help him fix the TV. Ultimately, Roethisberger faced no chargers. Note that this was four years into his professional football career.

The second allegation was from a 20-year-old college student in 2010. She alleged that Roethisberger assaulted her in the bathroom of a nightclub. Persecutors did not end up pressing charges due to lack of evidence.

The more Roethisberger is brought up, the more I realize that many people have no idea of these accusations. Though he was never found guilty for either of those, there are a lot of factors we need to consider when accepting these charges. To begin in 2010, the stigma around sexual assault accusations was drastically different. This was before the “Me Too” movement, and frankly, people got away with a lot more than they would’ve today. Allegations did not hold nearly as much weight as they should’ve. Secondly, Roethisberger was, and is, an NFL superstar. Though he was just on the rise of his stardom, he still had facilities, money, and a reputation to withhold. Because of that, it’s not impractical to think that his social status could’ve swayed the conviction.

Realistically, we will never truly know what really happened. Regardless, I still think people should at least know of Roethisbergers past. Sexual assault allegations have long been simply swept under the rug. It’s time to stop brushing them off and start bringing them into the limelight.