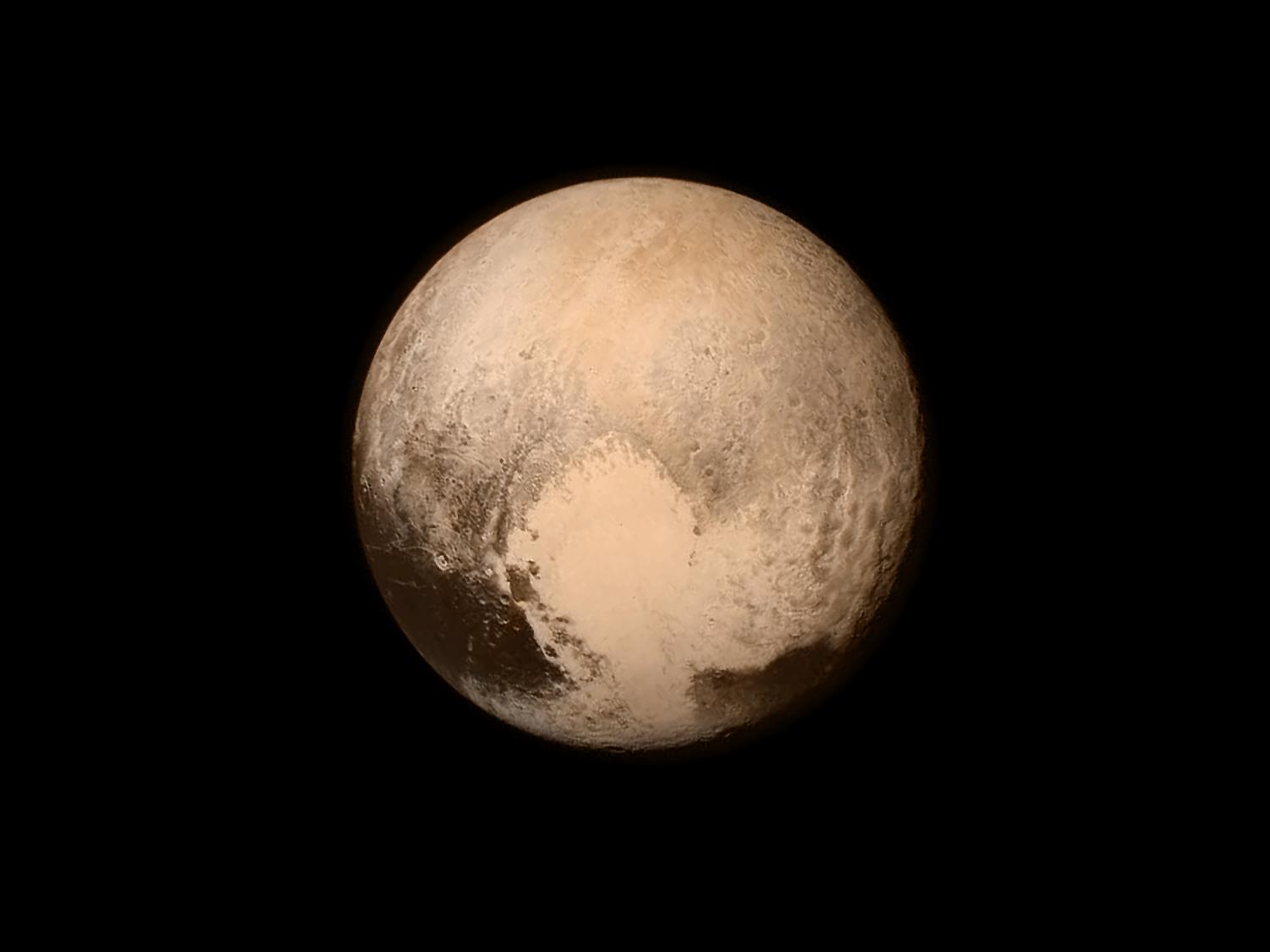 An in-color photo of Pluto featuring its heart-shaped ocean. (NASA)

An in-color photo of Pluto featuring its heart-shaped ocean.

WHY PLUTO IS NO LONGER A PLANET

For as long as I can remember, the debate as to whether Pluto should be considered a planet or not has been going on. However, I never really understood why its status was downgraded until recently.

Once upon a time, a small, planet-like rock was discovered and deemed “Pluto.” It made headlines, and Pluto and its heart-shaped ocean (or rather lake considering that’s how small it is in reference to Earth) were the talk of the town.

Flash forward about 75 years and a few other smaller looking planets are discovered. A new debate came to light: What exactly is a planet?

The International Astronomical Union (IAU) comes up with certain requirements to be considered a planet. Among those are three big ones:

Now, Pluto seemed to meet most of these. Yes, it orbits the Sun. Yes, it is relatively round. However, its neighborhood is not cleared.  But I’m getting too far ahead of myself, so let me explain.

By clearing the neighborhood, this essentially means that the potential planet has a gravitational pull stronger than anything else around. For example, how the Earth and other planets have moons orbiting them.

Pluto does technically have moons, but this is more of a special case. In fact, Pluto and its largest moon, Charon, orbit each other. So, in a series of unfortunate events around 15 years ago, Pluto lost its planet status.

Pluto fit right into that classification, and found a home among other dwarf planets like Eris and Ceres. And that, my friends, brings the engaging and controversial Pluto saga to an end. I’m sure the story was a little underwhelming compared to how heated debates over it can get, but it is a story nonetheless.