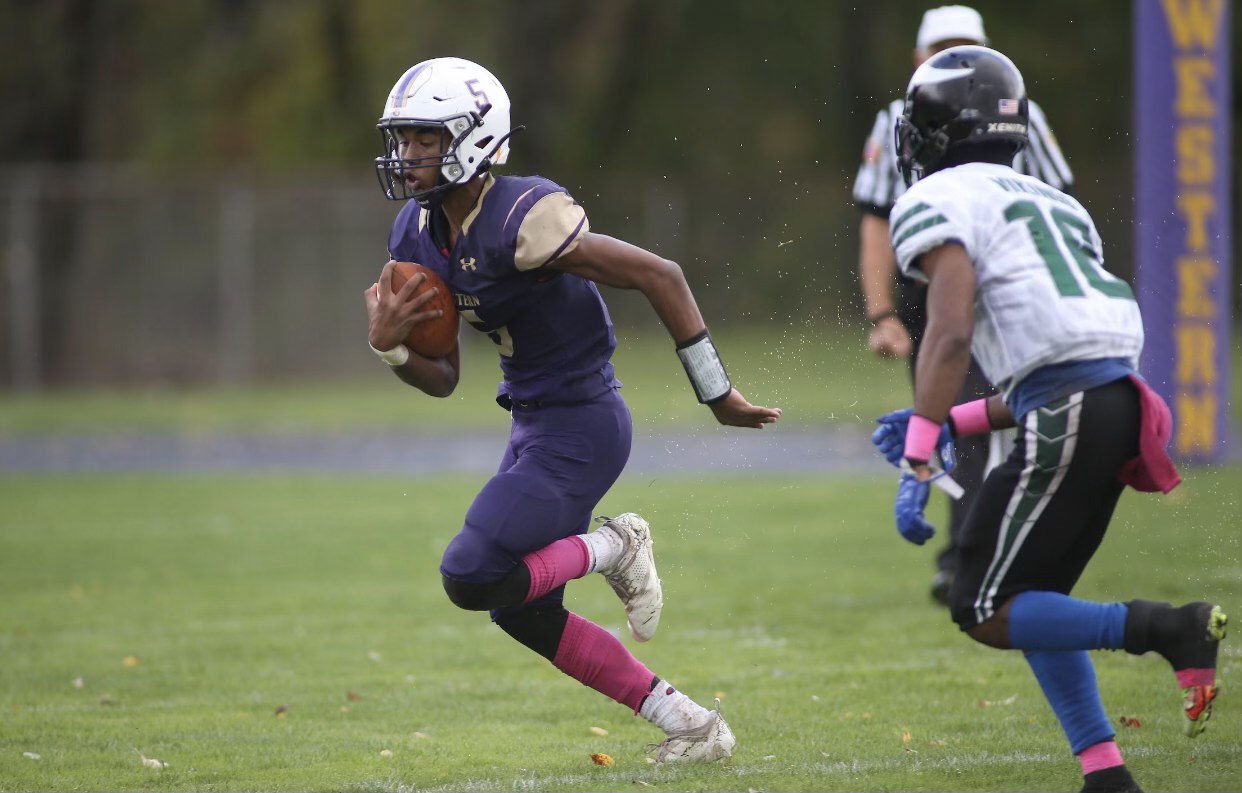 FOOTBALL SEASON COMES TO AN END

As the football season comes to an end, Western Beaver can look back at a successful season. Though they did not manage to win their first round of playoffs, they still managed to finish off with a winning record of 7-3, which is a feat within itself. But, this dynamic branches beyond a superficial perspective.

Tyson Florence is a sophomore writing and publishing major at Lincoln Park. Beyond his place in our school, he finds a place on the football team playing safety and running back. I spoke with him before the playoff game, and his hopes were high. Beyond that, he delved into the usual set of circumstances that allowed him and other Lincoln Park students to play football.

For those who don’t know, Western Beaver and Lincoln Park currently hold a contract that allows Lincoln Park students to play alongside Western students in certain sports. These sports include football, softball, cross country, and track. Without this contract many Lincoln Park students would never have the opportunity to play these sports. Beyond this being an unusual situation, it’s a relatively new contract as well.

In regards to if the newness of this program held any expectations, Florence explained, “Kind of just because Lincoln Park has a very good basketball team and since we’re merging with Western Beaver, two schools, but I think we’re doing pretty good.” As a member of the volleyball and softball team, I am familiar with the shadow that the Lincoln Park basketball team casts. Though their spotlight is by all means deserved, the desire to prove that your team deserves a spot in the limelight is something that is synonymous through most sports.

Florence also recalled some of his favorite memories of his football season. He said, “Before the season, we had football camp and we got to stay in dorms together, and it was great.”

Altogether, I definitely feel like Western Beaver gained their spot with the big dogs in the Lincoln Park sports world. Though they fell short in playoffs, they have a lot of success to look back on this season and forward to in upcoming seasons.