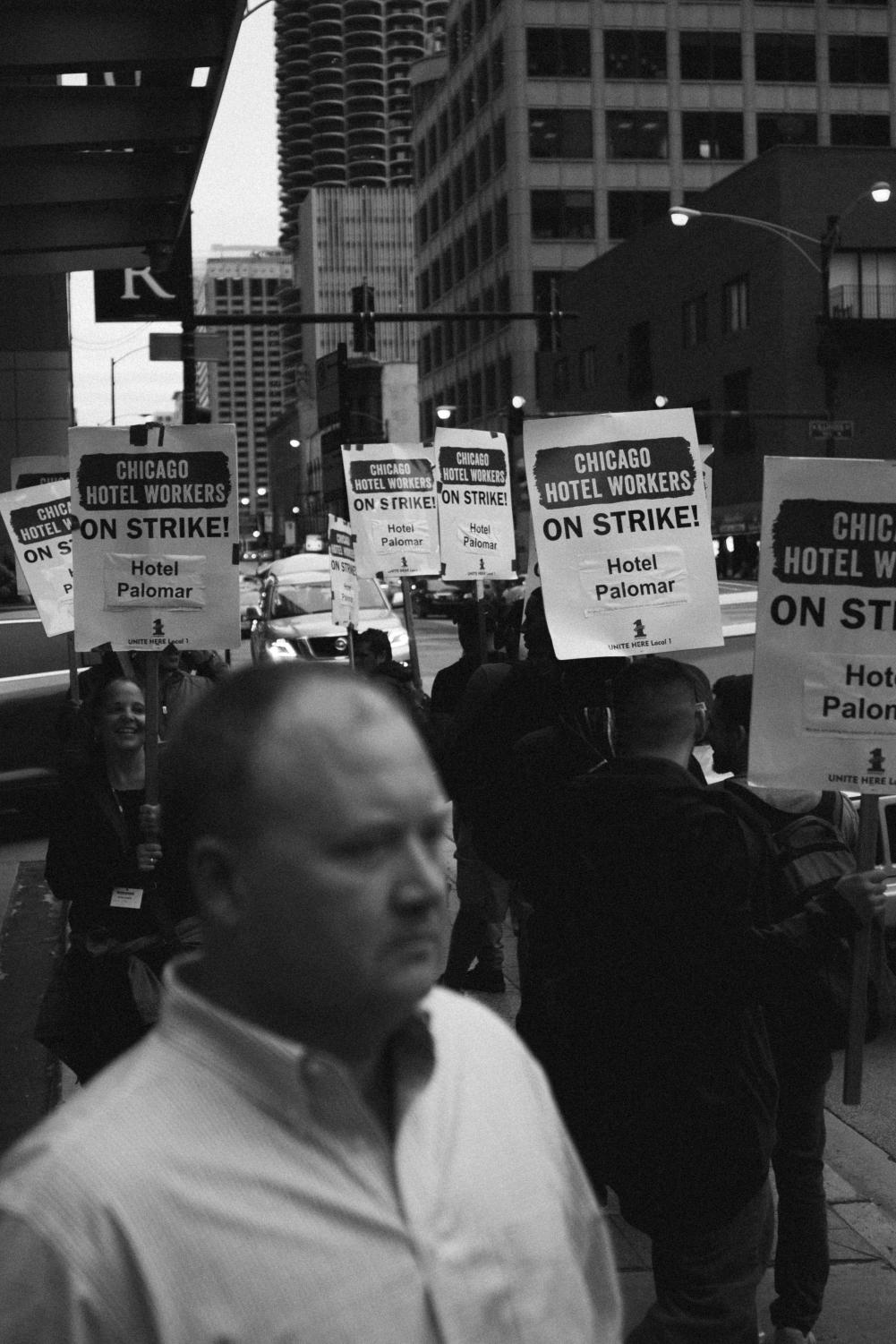 OPINION: UNIONS AND STRIKES IN AMERICA

Unions have had a long history within the United States; it’s even in the name! But, no unions have had a harder run than labor unions. Labor unions, corporations, and the corporate-influenced government have fought for hundreds of years over the rights of workers versus the profit of CEOs and board members. In fact, the first aerial attack on US soil was not Pearl Harbor but the Battle of Blair Mountain, which was when the government paid private planes to drop bombs on striking coal miners attempting to unionize and secure worker’s rights at the West Virginian mine. The struggle of workers and unions has continued into the present day where Kellogg, John Deer, and Netflix workers are striking against their employers.

Kellogg is a company with a long history of controversy but its most recent in the strike taking place across the country at the company’s facilities. While workers fight for better wages and against a cut to their pension and benefits, the company has brought in scabs, non-unionized and barely trained workers who are willing to work for cheap and keep the factories running albeit at low productivity. Nevertheless, the workers remain firm in their demands and plead anyone who doesn’t have to to not cross the picket line.

But some people have to cross the line such as the EMS vans deployed to a John Deere facility when scabs replacing the striking workers crashed a tractor in the plant on their very first day. The John Deere strike has also remained strong, refusing to budge on their demands for better pay, work hours, conditions, etc.

The strikes are an important part of securing worker’s rights and democracy in the workplace just as unions are. They are essential to providing better working conditions, better pay, better benefits, better pensions, and better hours. Being part of a union helps the workers, aiming to secure more rights and prevent further exploitation by companies. It gives those unhappy with their work conditions the option to work with others in the same boat and actually make a change rather than quit and find a new job with the same problems. If you are interested in unionizing a workplace it is illegal to be fired for it or to stop you from doing so. That doesn’t mean your employer won’t attempt to fire you for something else or convince you and your coworkers not to, but at the very least you can say you tried and if you succeed you will have made a great stride in the rights of you and your fellow workers.

If you are interested in unionizing you can also seek out a local union organizer and get help in forming a union at your workplace. It also helps to talk to your coworkers about your working conditions, pay, benefits, etc. Your employer cannot legally prevent you from discussing those things with your coworkers and being aware of each other’s pay allows us to see the inequality of our workplace and work together to acquire better wages.

Union Busting itself is a million dollar industry, firms are paid massive amounts of money to come to the workplace and dissuade workers from unionizing with talking points, misleading information, and shallow rewards like pizza parties and pats on the back.  If you do try to unionize, you must be ready for these sorts of organizations and hold firm in your stance. Companies like Amazon, Google, FedEx, and Nestle all use union busting to maintain control over their employees and exploit their labor. These companies have also had attempts to unionize in the past, especially Amazon which has recently had attempts to unionize within their warehouses which are notorious among worker’s rights activists. In April Amazon admitted that their drivers are frequently forced to pee in bottles. Recently they have pushed for AI cameras in those same trucks which are meant to punish drivers for inefficiency and poor driving. However, those cameras don’t work as well as intended, leading to many drivers being wrongly punished for other driver’s violations, mainly when someone cuts them off on the road. In September it was announced that the company also has plans for company towns, an idea that has notoriously failed in practice across the country as workers are massively exploited and practically held captive by the fees and costs to stay in the town that don’t provide enough money to leave it.

The most important thing to remember is that these companies are not your friends or family, they do not care about you and what is best for you. They want as much of your labor as possible for as little pay as possible. Legal or not, companies will take everything they can and leave you with as little as they can. We climb higher and find freedom when we work together against the interests of the bourgeois capitalists, not while cleaning under their million dollar boot.