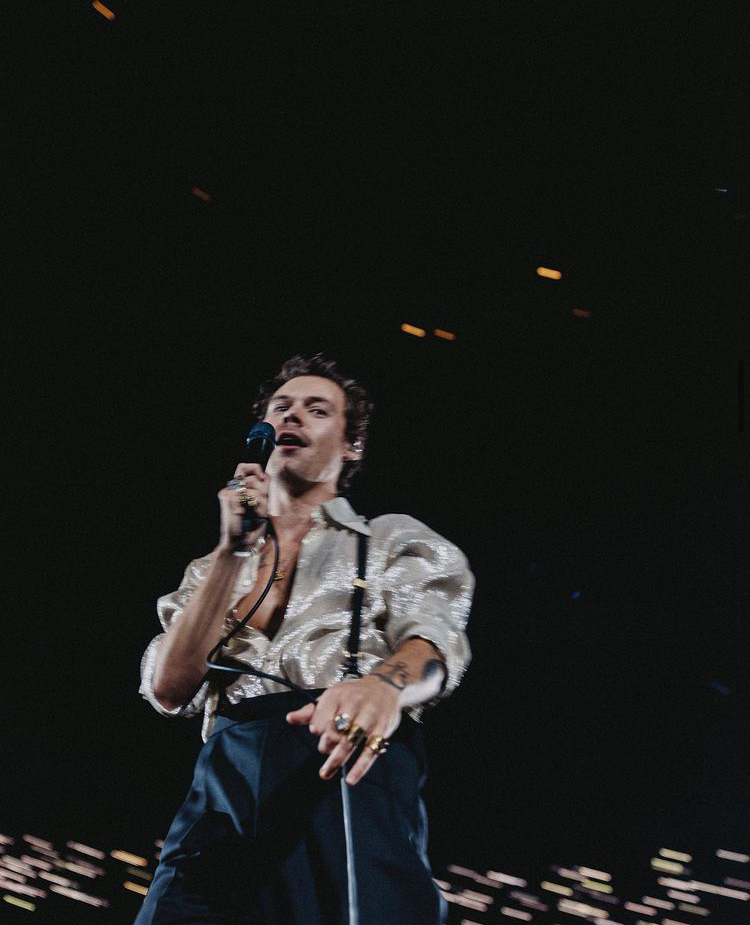 WAS THE HARRY STYLES CONCERT A RAINBOW PARADISE? :

First off…this man ran around the stage not only with a pride flag, but a Black Lives Matter one too! So the energy was definitely by far; a metaphor for the song “Treat People with Kindness.”

As for the set list of the album Fine Line, the only song missing from this performance was “To be so Lonely,” which isn’t shocking:

In a Clevver news video it is revealed that Styles was quoted saying, “The shame is, when I sing the line; ‘arrogant son of a bitch ,’ it seems that people sing that the loudest…”‘

Undoubtedly, calling out your flaws in a previous relationship every single night of the tour would be exhausting, so that mystery was easily solved! However the crowd did get to hear a few songs such as; “Only Angel, Sign of the Times, Women, Kiwi”, played instead.

Although the set was very bare with no decorations, the screen did change colors and backgrounds to the theme of each song. Also, during “SunFlower Vol. 6” there were sunflowers thrown around the stage! 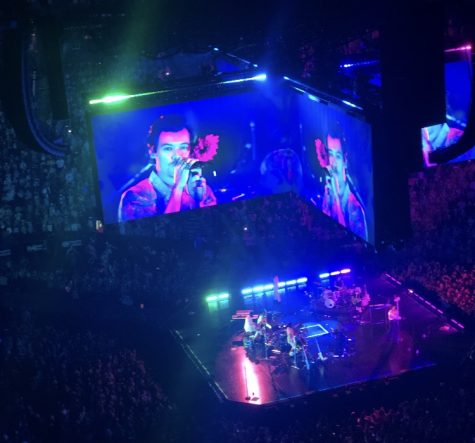 Styles made up for the lack of setting with his dance moves that were ongoing during the performance. It was almost a mixture between jazz and tap (only no tap shoes were included).

The sequins on his top caught the attention of the audience. The fans seemed to get the memo of finding a Harry Styles esthetic outfit.

In all the concerts I have personally seen I would give Mr. Styles a nine point five out of ten. His general performance had a ten out of ten for sound quality compared to listening to the track with your headphones. He seemed to struggle with diction at times, which is a top skill in the career of singing in general, but accuracy for quality was perfect!