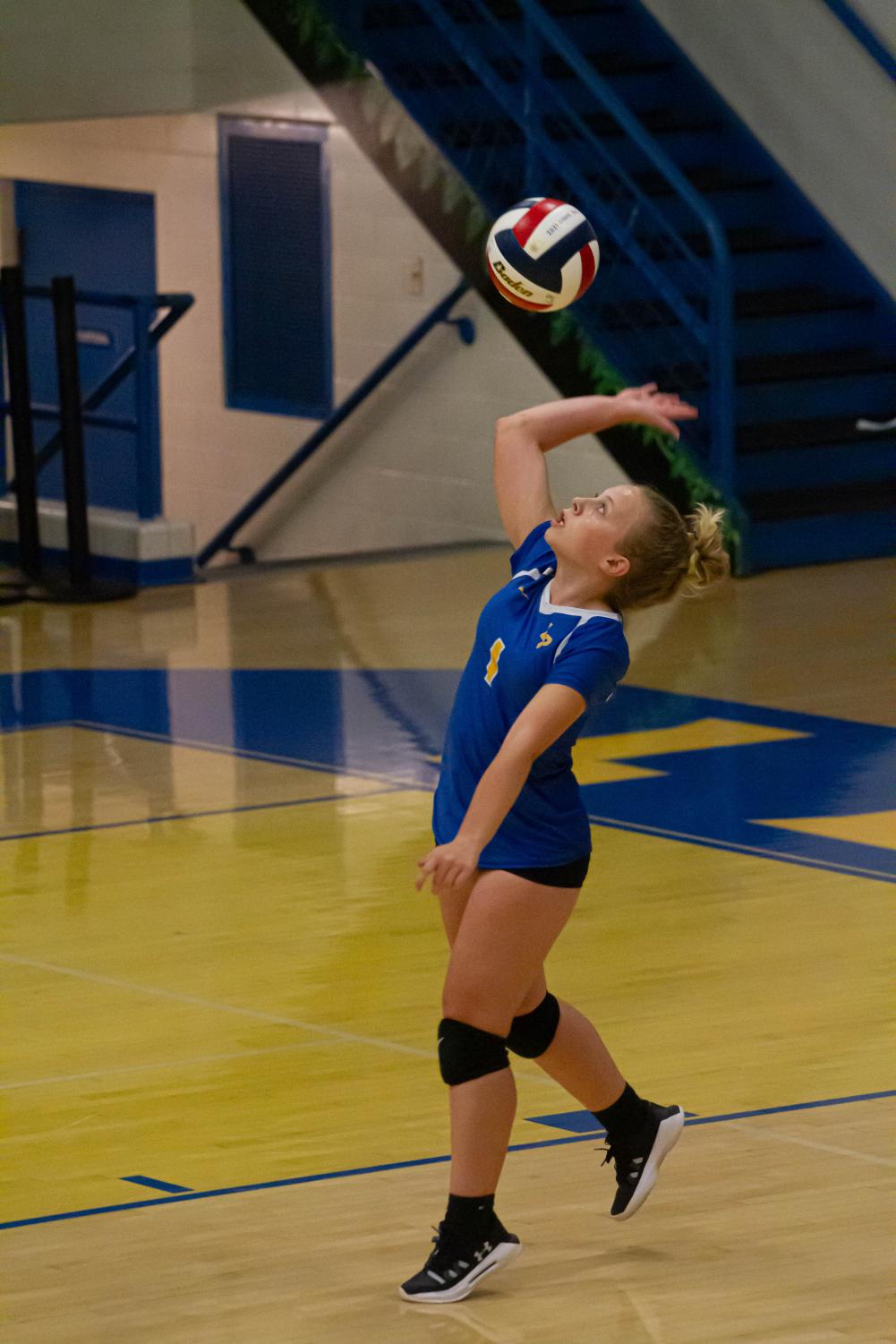 A photo of Skylar Van Winkle about to hit a volleyball overhand. (Matt Layburn )

A photo of Skylar Van Winkle about to hit a volleyball overhand.

With the start of the school year comes the start of sports. Here is the run-down on everything to look forward to in the big, wide world of Lincoln Park Athletics.

The sports running in the fall are girl’s volleyball, cross country, golf, and football. In the winter, boys and girls basketball, and in the spring, girls softball and track. All of the fall sports are beginning their seasons right now, so look out for weekly reports on all of their scores.

After talking to Athletic Director and boys basketball Head Coach Mike Bariski about what he was looking forward to this year, he cited three things.

Number one: the girls volleyball team building off of last year’s success. As a four year varsity member myself, I can confirm that that hope is team wide. Last year, we made it to the playoffs for the first time ever. This is a big feat for such a small team. This year, we’re hoping to make it further in playoffs and maybe even take the section.

Number two: the girl’s basketball team being a very young team with a lot of potential. With only three seniors and new faces like Sincere Conely and Bella Ruminer, everyone has high hopes for them this year.

Now for the sport that everyone’s been asking about: tennis. According to Baraski, they are in the “primary stages of seeing if there is any interest.” Take that as you will, but it doesn’t look like we’ll be seeing a tennis team this year. If you were dead set on hitting the courts, I would show your interest. Maybe if you show enough “love” tennis will not “deuce” out this school year.

I am personally looking forward to this year in regards to sports. For a performing arts school, we sure do have a lot of talented athletes. Notably, number one on the volleyball team (that’s me).  For weekly updates on sports, make sure to check back here. Until then, keep punting, running, serving, or swinging your way through this sports season.