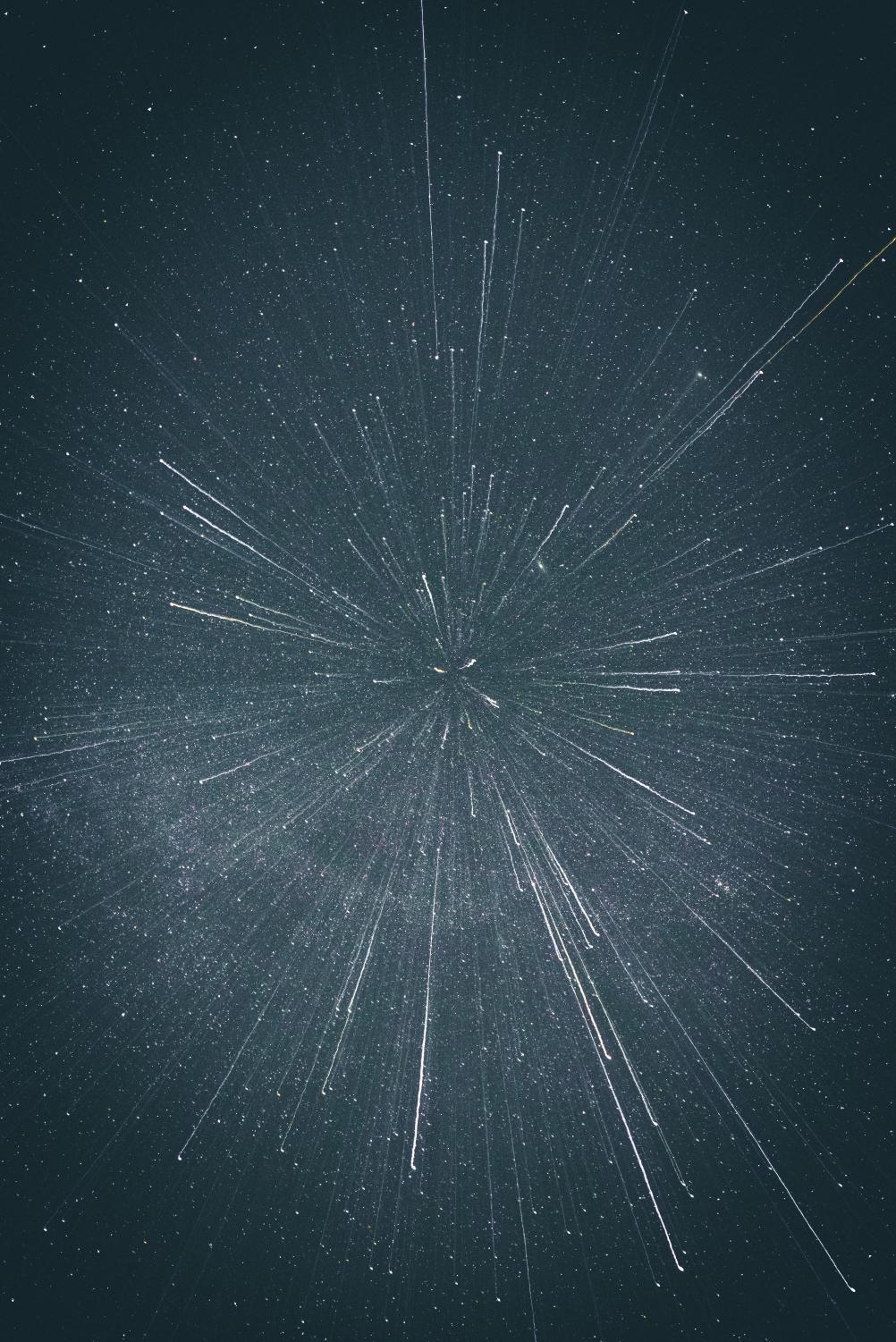 A perspective photo of the night sky, stars stretching across it. (Casey Horner, Unsplash)

A perspective photo of the night sky, stars stretching across it.

THE BASICS OF BLACK HOLES

For ages, the elusive words “black hole” have dominated conversations about space, but who really knows how they work?

The short answer is no one.

The longer, more drawn out answer:

Through years of extensive research, a few hypotheses have made their way into the limelight. I’ll break them down from how we think they work to where they come from.

This theory is the most respected and believed, as a lot of evidence supports it.

To sum it up: it’s this idea that an object has so much mass (mass basically denotes gravity), that not even light can escape this.

Now, if you’re wondering how this whole mass=gravitational pull thing works, think about it like this:

The Earth is kind of big, and because of this, it attracts things. That attraction is called gravity.

It’s because of this gravity that things like an asteroid or the Moon are pulled towards our planet.

Keep that concept of gravity fresh in your mind and imagine something with that kind of attraction force so strong nothing can escape it.

Basically, this thing is so heavy it bends time around it. It puts so much strain on the space around it that it simply can’t be handled because it’s so big.

As for where they come from, the most popular and regularly taught theory is a supernova.

Supernovae occur when giant stars (think the sun and larger) reach the end of their lives and all the atoms and energy that are  inside of them become too much for the old star and it combusts.

This combustion creates the sort of mass of gravity we call a black hole.

That said, don’t worry about our Sun combusting into a black hole any time soon, considering it still has a while to go before it even reaches the last stages of its life.

Part of the reason there’s not much known about black holes is because they’re so hard to come by. So that means even if our Sun reached the end of its life, it would be rare for it to turn into a black hole.

So, don’t worry; every gigantic star at the end of its life isn’t guaranteed to turn into one.

However, I do have to warn you it’s a widely accepted theory that, in the middle of each galaxy, sits a supermassive black hole (which name is self explanatory).

Speaking of the supermassive black hole, this is probably a good time to mention that they come in all shapes and sizes.

For example, there’s a theory that in the outskirts of our solar system sits a black hole the size of a baseball, powerful enough to pull many small planets off of their orbit.

But, that’s a theory for another day.

Right now, the bottom line is a black hole is something that is so heavy that it’s gravity bends light and time around it.

It’s one of the mysteries at the universe that we’re still researching and figuring out today, so believe me when I say that there’s much more to find out.