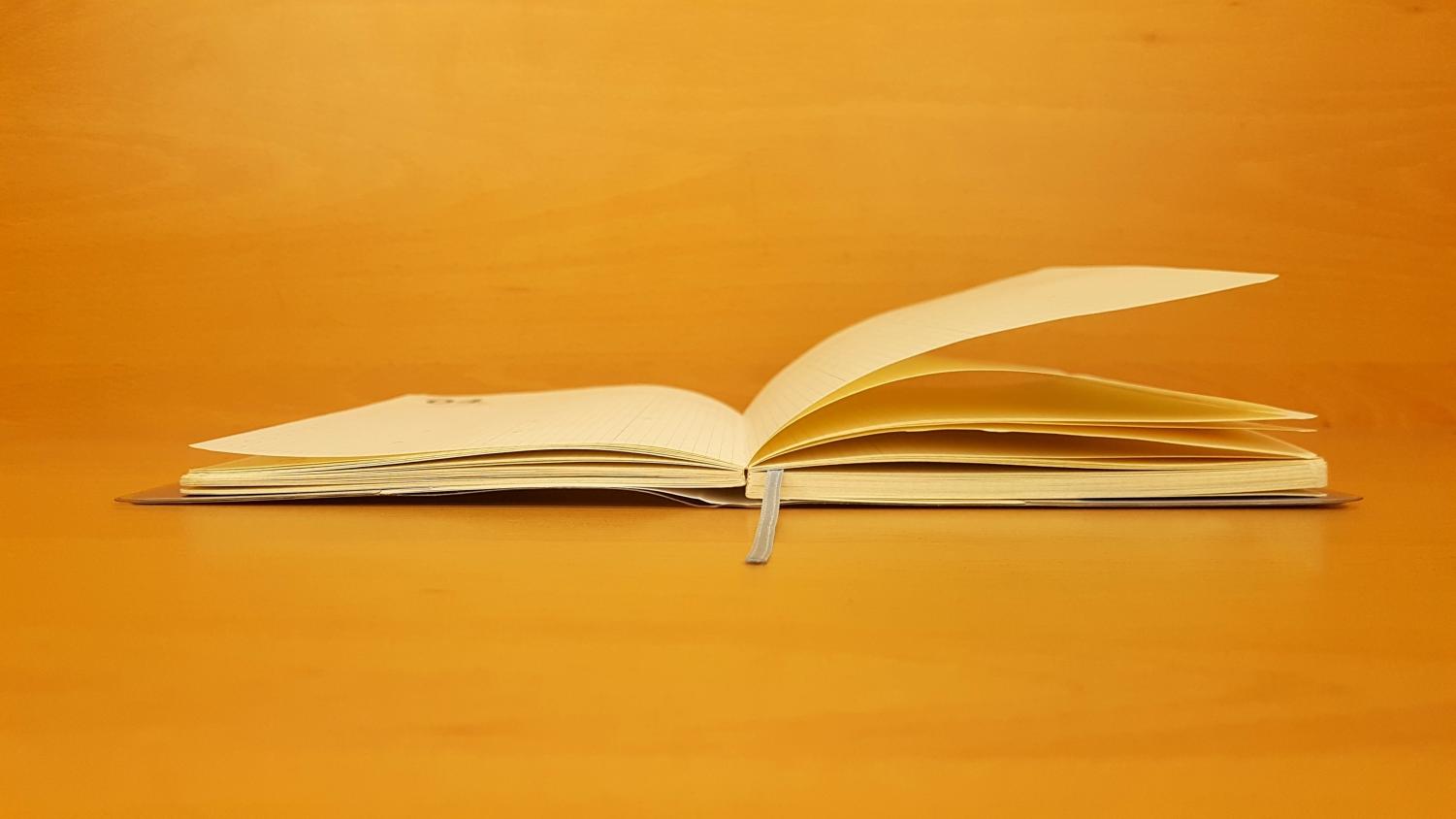 SHOULD “OF MICE AND MEN” BE BANNED AT LP?

FEATURE: reporter Jade Davis investigates John Steinbeck's classic book that focuses on race and mental disability and how it may be viewed nowadays

For those of you unfamiliar with the book Of Mice and Men, this is a summary of the main plot points of this novel. According to Cliff Notes, “John Steinbeck‘s Of Mice and Men is a parable about what it means to be human. Steinbeck’s story of George and Lennie‘s ambition of owning their own ranch, and the obstacles that stand in the way of that ambition, reveal the nature of dreams, dignity, loneliness, and sacrifice. Ultimately, Lennie, the mentally handicapped giant who makes George’s dream of owning his own ranch worthwhile, ironically becomes the greatest obstacle to achieving that dream.”

Now that you are aware of what goes on in this story, now it’s time to explain why this book is on the nationally banned reading list. The website Banned and Challenged Classic books quoted, “… [D]espite a parent calling the novel a ‘worthless, profanity-riddled book which is “derogatory towards African Americans, women, and the developmentally disabled.”

That being said, students interviewed at Lincoln Park all agreed this book should not be banned, but deserves some sort of advisory label.

And teachers later explain their perspective.

Molly Green, a sophomore who is a writing and publishing major from Economy Borough said, “…And if not banned, I wish at least we could have gotten a warning and that kids could opt out of it and have a different choice if possible cause I saw a slur in it and I was just like wow I didn’t expect to see that.”

But, in Edward Wesolowski’s (an English teacher at Lincoln Park) opinion,“I do not believe in censorship, especially as it relates to literature. Oftentimes, when questionable or offensive language or situations are used in literature, the intention is not to instigate hate or unrest, but rather to promote a sense of authenticity within the text.”

Another Lincoln Park English teacher named Shauna Smith explained, “In my opinion, no it should not [Of Mice and Men should not be banned]. It is a book that provides a snapshot of America; although this snapshot is not indicative of the entire country, it is still based in truth and reality…by banning the book, we are effectively stating that the events that occur within it are either untrue, taboo, or preposterous. These are exactly the types of topics that need to be discussed openly…”

…why is the time not taken to discuss the normalized hate that was ingrained in people during this era? Furthermore, if we are allowed to engage with works of literature like Of Mice and Men then we should be allowed to read other banned books that are inclusive (i.e, LGBTQ+) if we want to build an accepting school environment. ”

She also mentioned, “I try very hard in my classes to make sure my students are aware of potential triggers within the book, because I want to make sure that I have created an environment in my classroom where everyone feels safe and comfortable to discuss these kinds of events and topics”

When reading content that may contain language from the past (In this case the time period Of Mice and Men was during The Great Depression) that was accepted then, it may come into question why we are reading this now, and if required what is the right way to go about Racial, Gender, and Disabled slurs within the text?

Smith said, “Students in this age bracket have already begun experiencing how the ‘real world’ functions and what occurs in everyday life, and they are already beginning to form opinions and viewpoints about the world around them. Using this to a teacher’s advantage, being honest with students about how the world ‘was’ can help them to understand why the world ‘is currently. I often find myself broaching certain concepts in a vague way, and asking my students to tell me what they already know and/or believe; this way, I can build on that knowledge without providing anything too “outrageous” or “shocking” to them that would derail the conversation.”

Bethany Kirk, a sophomore theatre major who lives in Baldwin-Whitehall,wanted to explain her opinion: “…I think one thing that is important about banned books is that we put proper education with the books so that it’s understood as to why it’s banned and why we are teaching it and what there is to learn from it. Also I think that being a part of the LGBTQ+ community has opened my eyes to that because there are so many books banned for people like me being in them and that really bothers me. And I think that there needs to be more education on all of these topics.”

Kirk has a valid point; if we are reading a novel like this that has most of the “Ism’s” incorporated, why is the time not taken to discuss the normalized hate that was ingrained in people during this era? Furthermore, if we are allowed to engage with works of literature like Of Mice and Men then we should be allowed to read other banned books that are inclusive (i.e, LGBTQ+) if we want to build an accepting school environment.

Smith rebutted to Kirks point;“ I understand the frustration expressed…[but] Now we can read this book and discuss perceived taboo topics – and we are not limited to those within the novel…This novel could be the stepping stone to opening the door to discussions about other topics and issues in the world.”

Speaking of discussions, it is also relevant to have diverse voices able and comfortable to speak about what they believe especially in a conversation revolving around this novel. Green shared,  “I think [Mr. Wes] did a good job…[but]… especially because of Zoom, it was mainly him talking and there was times when I wish I could have cut in and said something myself and added to the conversation because I think the themes in the book…they need to have many people talking about them, not just one man you know. To really understand what’s going on in the book you need discussion…”

Let’s face it. No teacher or person is perfect. All they can do is try their best to get valuable lessons across. But, it adds to the class when the majority of students feel that they have an opportunity to share their own thoughts without one view taking over.

Kirk mentioned, “I don’t really like the way [Mr. Wes] talked about Leanie because I don’t think that he drew the right awareness to the fact that he is mentally disabled and I think that he portrayed him as being violent…aside from that I do like how he approached it though, because from the very beginning we talked about banned books and why they are banned…”

“I try to discuss specific aspects of the novel that have caused it to be banned by explaining that these elements are not present just to shock people or to make people uneasy,” Wesolowski goes on to say. “Rather, we discuss the purpose of including such content and the manner in which the content reveals the reality of the situations experienced by the characters.”

Awareness and facts should be on the same page. My point being, being educated on topics helps you understand so you can teach, but being conscious of the effect of how what you say as a leader (teacher) can stick with others.

Smith said,“Within each instance of violence in which Lennie is involved, I take a few moments to discuss with my classes about the thought process behind why the violence occurred. We discuss Lennie’s mental state and Steinbeck’s constant and consistent comparison of Lennie to an animal in order to better understand why and how Lennie’s violent streak manifests.”

Mehki Turner, a sophomore musical theatre major from Beaver Falls said via email, “… I believe it depends on how you look at what is happening in the novel.  I would compare it to a television show: you either like it or you don’t. It is up to you how much you take this novel to heart or have it affect you.”

When the class has finished the book I think it’s important to sit down and talk about how a book influenced the students whether it’s positive, negative or had a neutral effect, because without this aspect of learning the teacher cannot clarify reasons for wrong doing that accrued in the plot line or other wonders.

Smith said,“I would like to believe that the book has a positive effect on my students. As short as the novel is, I believe it lingers in their minds for days, weeks, years afterward…”

“ I would say it has a positive effect. Aside from that, though, I think Of Mice and Men is timeless in the sense that it addresses themes still very relevant today which helps students identify with the characters and situations within the novel.” Wesolowski said.

But for Kirk it had a different impact;“ …[M]y dad has been affected by this book because he is an english teacher and this is what got him into writing. I think that he had such a positive influence. And I don’t see why people do. And I think maybe if we talked about it more and really went in depth …maybe I could get a positive influence on it.”

As Kirk expresses her opinion, Mr. Wesolowski summarizes a rebuttal to all interpretations of his class as well as this novel: “As such, all opinions are welcomed and appreciated. Literature never changes. Rather, our ability to perceive and interpret the literature does. Not all interpretations will be favorable, but, in the very least, they should be informed by individual experience and thought. As long as a reader can take something from the literature, either good or bad, I believe it has served its purpose.”