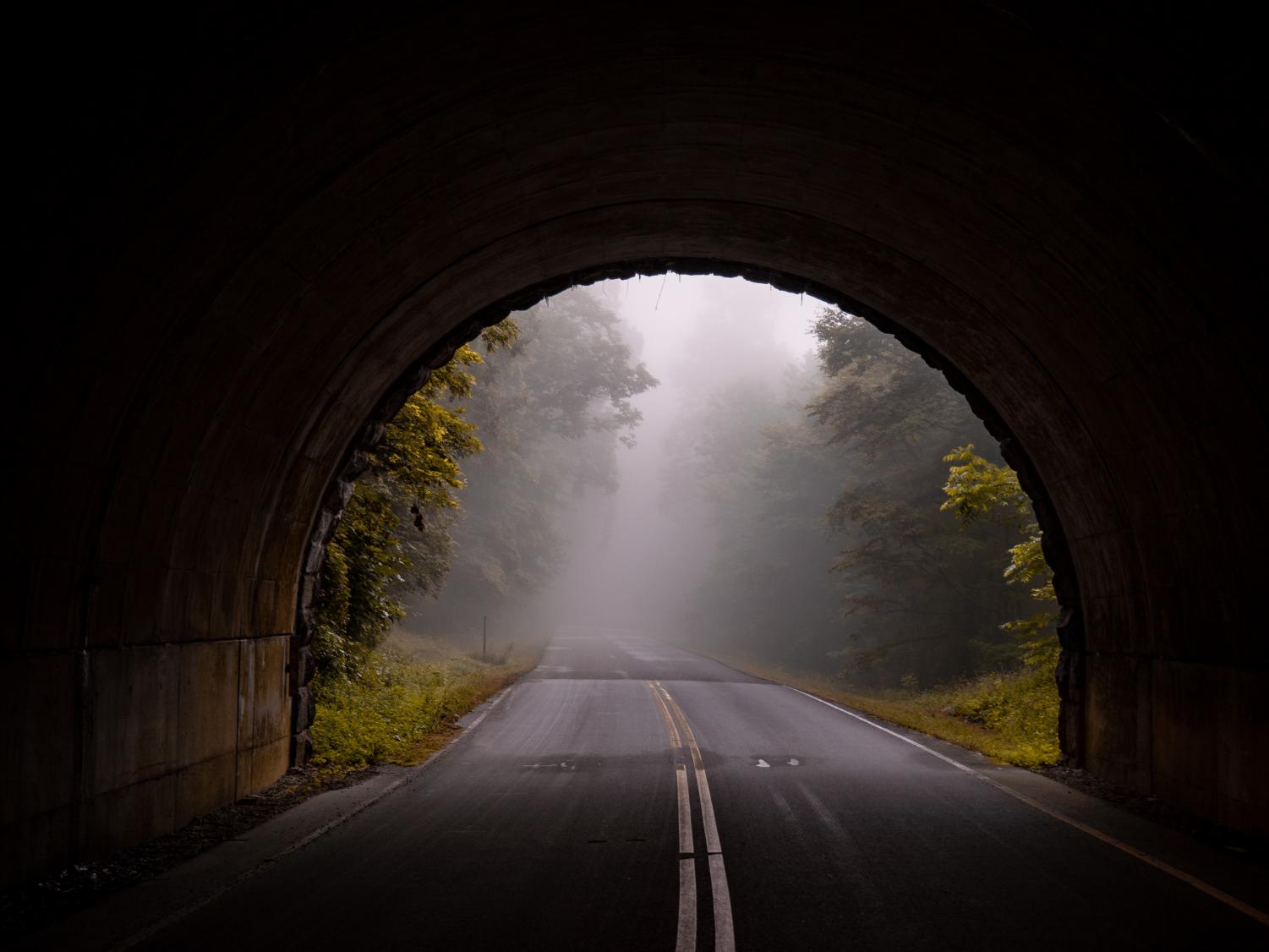 HORROR MOVIES YOU DIDN’T KNOW WERE BASED ON REAL EVENTS (P.S. Look at me if you want a free donut!)

WARNING: sexual assault, graphic descriptions, mentions of suicide and other content may be disturbing to readers

Sidney Prescott began receiving strange phone calls, consisting of intrusive questions. She and her friends soon learned that a serial killer — who may have possibly been the same person who killed her mother a year before — was stalking them. The friends slowly fell victim to this killer, and their deaths shook their peaceful California town, setting neighbors on edge.

Scream’s screenwriter Kevin Williamson became inspired to write this after he learned of the Gainesville Ripper, a serial killer who killed five college students in three days. The Ripper, whose name is Danny Rolling, was also a victim of abuse in his childhood, suffering from physical abuse from his father and verbal abuse from his mother. Music was an escape from this, which was also around the time Rolling began experiencing multiple personalities and failed suicide attempts.

He seemed to be able to get some control over his life when he lived with his grandfather and attended church. Things were looking up for Rolling when he married O’Mather Halko, but that was short-lived due to him repeating the cycle of abuse upon her. His divorce resulted in worsening his acts of voureyism and intrusive thoughts, and he even raped a woman who resembled his ex-wife.

This prompted a time of him being in and out of jail for sexually assaulting women, all leading up to 1989 when he murdered Julie Grissom, her nephew, and her father. Bite marks were found on Grissom’s body, which Rolling did on his future victims. A year later, he became known as the Gainesville Ripper when he set up camp in the woods near the University of Florida to spy on the students, following their moves before striking.

On August 24, he followed two students home, raped and murdered them. On the 25, he repeated the acts on a student, furthering the brutality by displaying her severed head on a shelf. On the 27, he killed his last two victims, one of them a football player who fought off Rolling before being overpowered. Rolling quickly evacuated the area when law enforcement began investigations.

The Ripper got away with the murders for two years, mainly because he was in prison for holding up a grocery store. While already facing multiple life sentences, Rolling was charged with the murders but claimed Gemini, one of his alter egos, convinced him to kill. Despite this, Rolling understood what he did was wrong and was executed by lethal injection, singing a hymn as he passed.

Buffalo Bill (The Silence of the Lambs)

FBI trainee Clarice Starling is asked to interview the clever yet cannibalistic psychologist, Dr. Hannibal Lecter. Little does she realize her interview will have her come face to face with Buffalo Bill, a serial killer who kills women to make clothes from their skin and who may have had a connection with Lecter years back. When Senator Martin’s daughter is kidnapped and placed in a pit in Buffalo Bill’s house, the race against the clock begins for Clarice as she attempts to get information from Dr. Lecter before Buffalo Bill kills again.

While Buffalo Bill is actually based off of three killers, one of them is a lesser known one: Gary Heidnik who, like many killers, experienced a troubled and abusive childhood. As a result, it likely gave Heidnik a need for control, and he found that outlet in creating the United Church of the Ministers of God, which was more of a cult. He quickly learned how to manipulate people which is why he was able to trap six women in his basement where he carved a pit to keep them.

His first victim was Josephina Rivera, a prostitute he met with for a night. Rivera soon found herself in the pit, the only light coming from cracks in the pit’s covering. Five other women soon joined her, and they would only come out of the pit when Heidnik tortured or raped them.

Rivera became a reluctant accomplice of Heidnik, which involved torturing the other women in trade for better treatment. One of her tasks included going into the world and luring women, which earned Heidnik to trust her. She used this trust to her advantage by telling Heidnik to let her meet with her family briefly at a gas station.

He agreed and paid no attention when Rivera walked out of his sight to a phone booth to call the police. Heidnik was arrested, and the police searched his house, freeing the women. He was executed in July of 1999, making him the most recent person to be executed by the state of Pennsylvania.

Hannibal Lecter (The Silence of the Lambs)

Not only does Lecter appear in The Silence of the Lambs, he appears in many other movies and had a whole TV series dedicated to his character. Originally appearing in Thomas Harris’ novel Red Dragon, he was a renowned psychologist who had received awards for his work until some of his patients went missing. He was then discovered for murdering his patients and eating them, and while his crimes are brutal, Dr. Lecter carries himself with manners, killing with taste (haha) and refinement.

While Hannibal the Cannibal was also based on more than one killer, the most interesting of them all came from the time author Thomas Harris visited the Nuevo León state prison to interview Dykes Askew Simmons, an American convicted of murder.

However, he was intrigued with Alfredo Ballí Treviño, who he met in the prison’s medical office and had “a certain elegance about him.” Treviño questioned Harris on the Simmons case, and Treviño said, “You are a journalist, Mr. Harris. How would you put that in your journal? How do you treat the fear of torment in journalese? Might you say something snappy about torment, like ‘It puts the hell in hello!’?”

Harris was very surprised to learn Treviño was an inmate and not part of the medical staff. Before his arrest, Treviño was known for his genorousity, often giving to the poor and taking care of prisoners. However, he and his lover, Jesús Castillo Rangel, got into an argument, and Treviño killed him and dismembered him in a way to easily fit him into a suitcase.

Treviño was suspected of killing hitchikers in the same fashion, though these rumors were never confirmed. When asked about his murder from 1959 in a 2008 interview, Treviño said, “I don’t want to wake up my ghosts.”

The Myers house has been abandoned ever since 6-year-old Michael Myers murdered his sister on Halloween. After being locked up in a mental institute, Michael escapes in time for the 15th anniversary of his sister’s death. He stalks 17-year-old Laurie Strode, killing her friends in the peaceful town of Haddonfield. Will Laurie be able to escape the bloodthirsty Michael or fall victim to his ambition to kill?

John Carpenter, Halloween’s director and co-writer, says that while he’s not based on a killer whose name will be known among true crime goers, Michael Myers is based on a real person.

While in college, Carpenter took a psychology class that had them go to a mental institute to visit “the most serious, mentally ill patients.” One of these patients was a boy around the age of 12. There’s limited information on him since he did no crimes that were publicized. Being that he was considered one of the institute’s most serious cases, it’s possible this boy attempted murder or expressed thoughts of carrying out murder, which is sometimes seen in children who experience signs of psychopathy. (Just remember that not all psychopaths are killers!)

Despite all this, Carpenter gives a clear vision of him through one of the lines in the movie: “This blank, pale emotionless face; blackest eyes, the devil’s eyes. I spent eight years trying to reach him and then another seven trying to keep him locked up because I realized what was living behind that boy’s eyes was purely and simply evil.”

Whether you know Mr. Hyde from Stevenson’s novel or Frank Wildhorn’s musical Jekyll & Hyde, or you’re a silent film lover like myself and are familiar with John Barrymore’s portrayal of him, we all know Mr. Hyde represents evil in human form. Dr. Henry Jekyll attempts to separate the good and evil of a person and finds himself in a paranoid state as he realizes he has no control over the murderous Mr. Hyde who gains joy by causing other people misfortune. Friends and family turn away from Henry the more desperate he becomes for help.

Like many authors, Robert Louis Stevenson enjoyed two things: drinking and basing his characters off real people, and what better way to combine the two by basing a character off of his drinking buddy Eugene Chantrelle?

Chantrelle was known for his friendship among writers and being an expert at throwing dinner parties. He got great joy from serving his guests toast topped with cheese… and opium, and it’s believed he killed four people by this method.

He even was tried for the attempted murder of his wife, and Stevenson noted the prosecution claimed he murdered someone in France before fleeing to Scotland.

The author found it hard to believe his friend could be guilty of all of this, though he didn’t deny there was a certain “duality” to his friend. It’s also said that Edinburgh burglar Deacon Brodie (a distant relative of mine?) could have been an inspiration on top of the other side of Stevenson from his drug use. Stevenson said that his friendship with the Frenchman “would remain with him for life… most shocking of all was the way in which a monster had been able to deceive everyone.”

So there were some killers you probably didn’t know about, but who was the killer that the most horror movies were based on? That would be the serial killer and grave robber Ed Gein, AKA the Butcher of Plainfield, inspiring three popular horror movies: Psycho, Texas Chainsaw Massacre, and The Silence of the Lambs.

Like Norman Bates from Psycho, Gein was very close to his mother, who consistently preached against lust in an obsessive manner. She discouraged Gein from making friends, especially with women, and after her death in 1945, Gein’s behavior plummeted and furthered his antisocial life. Because of his mother’s harsh hold on him, it may explain why he brutally murdered two women and mutilated nine corpses. Like Norman and Buffalo Bill, Gein dressed as a woman with leggings and a corset… made from human skin. He did many other things with the bodies, which you would get an idea of if you watched the Texas Chainsaw Massacre. The police were horrified this quiet, seemingly pleasant man was capable of doing the things he did. Gein was never tried for his crimes because he was declared insane and was placed in a mental institution where he’d died in 1984 from cancer. His crimes could be wrapped up in one of his own quotes: “When I see a pretty girl walking down the street, I think two things. One part wants to be real nice and sweet, and the other part wonders what her head would look like on a stick.”

To see more true crime stories such as this, check out the writer’s column, “Crime Corner!”

View Comments (11)
About the Writer
ERIN BRODY, EDITOR-IN-CHIEF/DIRECTOR OF OPERATIONS
Erin Brody is a Writing and Publishing senior from West Homestead and is the Editor-in-Chief/Director of Operations of The SIREN Media Group. She particularly enjoys investigative journalism and crime... writing and researching it, of course.