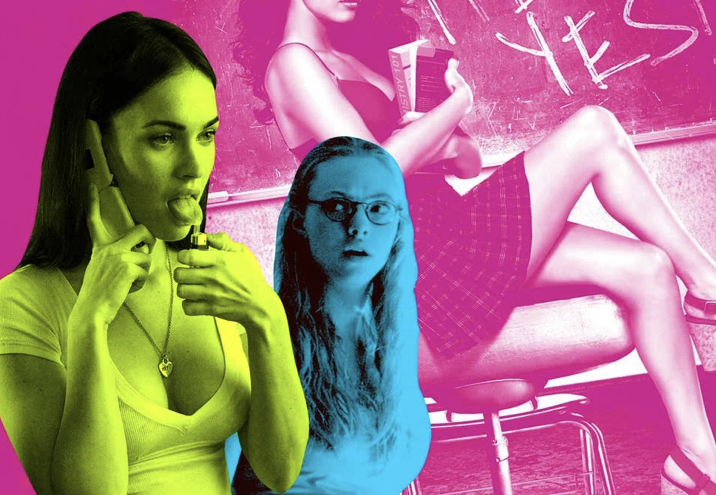 WHY “JENNIFER’S BODY” WAS A GAME CHANGER

Love or hate the movie, you have to admit that Jennifer’s Body had a huge impact on the lives of modern day teens. Jennifer’s Body, at first, follows the classic sexist stereotype of a beautiful teenage girl getting sacrificed because she’s believed to be a virgin. What makes this horror movie unique, though, is that the “virgin” is in no way pure and actually follows the “popular girls are bitches” stereotype.

While the theme of this movie may sound incredibly sexist, let’s talk about why it was actually kind of progressive. When sacrificed to the devil by a boy band, Jennifer Check is not a virgin. She is killed, however. In her sacrifice, her body is opened to house a demon.

As a result, she became a succubus. A succubus is the incarnation of “kill all men” being a demon that literally kills men during sex. Jennifer feeds on the bodies of guys at her school for a bit before her best friend, Needy, steps in and stops her. In the process, Needy is bitten and is given the same powers as the succubus. While Jennifer doesn’t make it to the end of the movie, Needy takes revenge on the boy band and gets revenge on her friend’s abusers.

It still may not sound too empowering until you realize that oftentimes women are the victims in horror movies, and most times they are often killed by men in masks in slasher movies.

The reason this movie is different is because the final girl, Needy, has sex throughout the entire movie and still lives to the end. It breaks the stereotype of final girls and virginity being what keeps girls pure.

Throughout the movie, Jennifer Check makes comments and wear clothes that have inspired Gen Z’s style and humor, but I think the most lasting effect of this movie was not her, but her best friend who broke a sexist “women must be pure to live” final girl trope.